Donkeys fatally struck by vehicles on 215 Freeway in Riverside

RIVERSIDE, Calif. - Five donkeys were killed and a motorist was injured when the burros wandered onto the 215 Freeway in Riverside Tuesday, causing a series of accidents.

The animals were reported on the freeway about 2:20 a.m. at the Center Street exit ramp, just northeast of Riverside city limits, according to the California Highway Patrol. 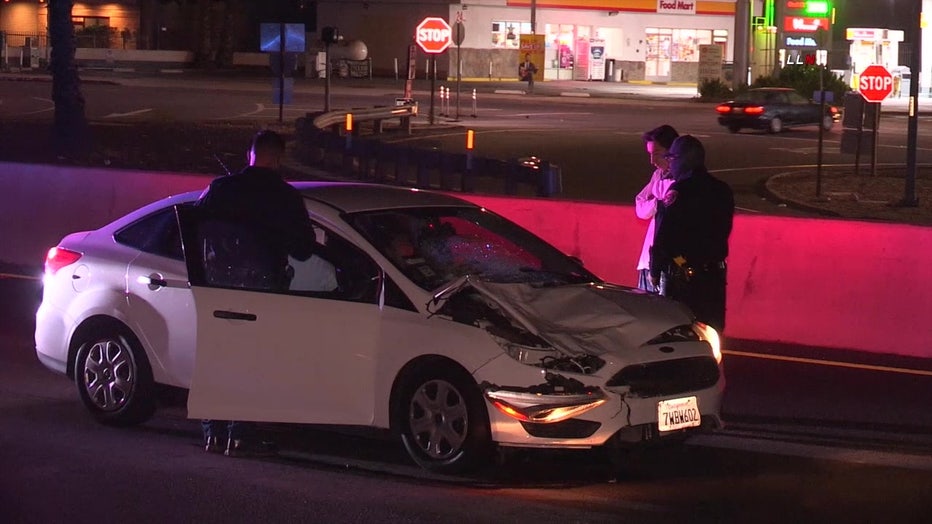 "When units arrived at the scene, they discovered five donkeys had sustained fatal injuries," Quintero said. "One of the drivers involved was transported to Riverside Community Hospital for a complaint of pain."

The freeway was partially closed at the location while the dead animals were removed and a preliminary investigation was conducted.

Quintero said it was unclear where the burros came from. For decades, wild herds have congregated in Reche Canyon, along Pigeon Pass and around Box Springs Canyon, between Moreno Valley and Colton.

The wild burros are generally permitted to roam free, but they are sometimes captured and placed with rescue organizations.

Riverside County Ordinance No. 934 makes it unlawful to feed, pet or otherwise draw the donkeys toward roadsides and other locations where they might be hurt -- or wander into traffic and cause accidents.