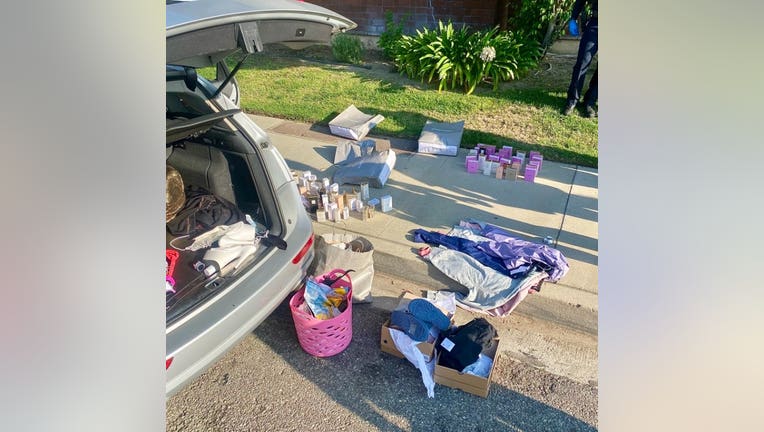 GLENDALE, Calif. - Glendale Police have arrested four women for allegedly stealing over $10,000 of merchandise from various stores at the Americana at Brand, authorities said Monday.

Patrol officers located a vehicle matching the suspect vehicle description in the area of Central Ave. and Lexington Dr. and initiated a traffic stop, but the vehicle fled initiating a pursuit.  The driver, later identified as 24-year-old Memory Yearby of Seattle, Washington, ultimately yielded along Fairmont Avenue where a felony stop was conducted. 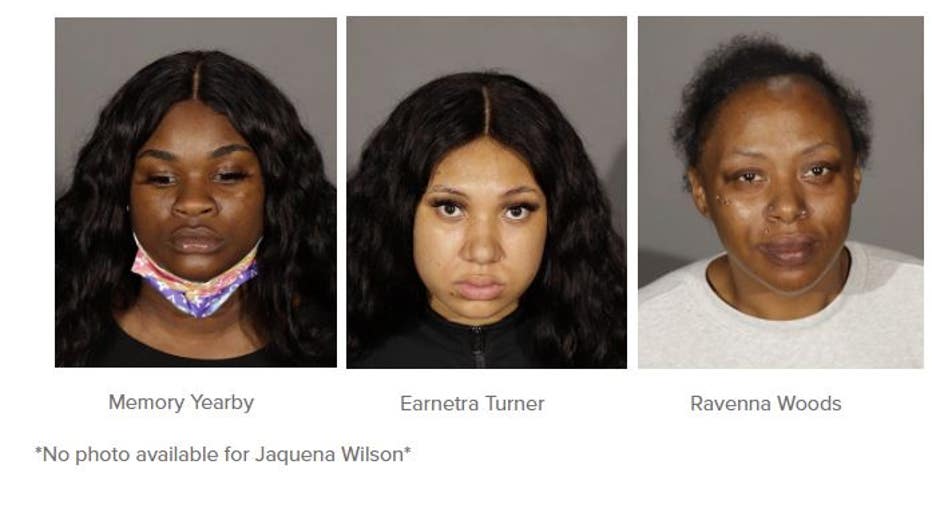 Over $10,000 of merchandise from various stores was located in the vehicle Yearby was driving, Glendale Police said.

Yearby , Wilson, Turner, and Woods were all arrested for grand theft and petty theft.  Yearby was also arrested for evading, Wilson was discovered to have an outstanding warrant and was subsequently also arrested for a non-local warrant, and Turner had provided a false name to officers throughout the investigation, and a charge of impersonation was added to her booking.

Yearby, Woods, and Wilson were released from custody due to LA County’s emergency "Zero-Dollar" bail schedule with a notice to appear in court at a later date, Glendale Police said. Turner remained in custody on a $50,000 bail for the impersonation charge.