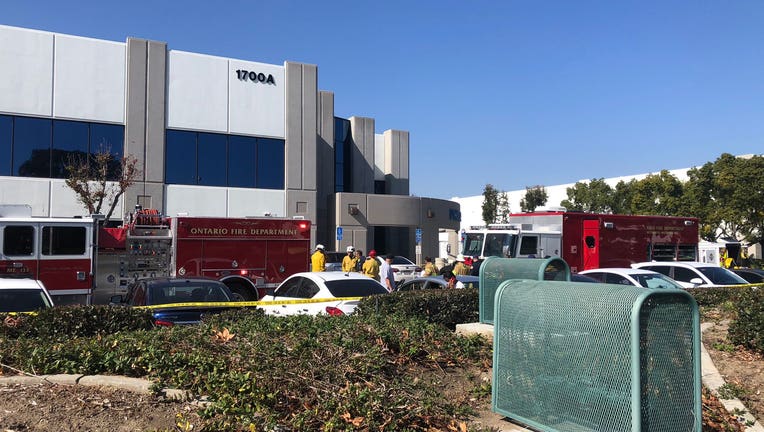 ONTARIO, Calif. - Dozens of people were sickened from a hazmat incident at an Ontario facility Thursday morning, fire officials said.

Roughly around 8:30 a.m. firefighters with the Ontario Fire Department responded to a hazmat call in the 1700 block of South Baker Avenue.

The fire department initially reported that 29 patients were treated at the scene, but later revised that number to 28. Nine patients were required to be transported to area hospitals with respiratory irritation for further treatment. None of the injuries were said to be life-threatening.

The nature of the hazmat incident was not immediately available.

Ontario Fire said that the building was clear or contaminates, but further investigation was necessary.