IRVINE, Calif. - Investigators with the Irvine Police Department released a video and images from a vehicle burglary in hopes someone can help identify the two suspects.

The burglary occurred on Nov. 18 at the Fusion Apartments located at 17321 Murphy Avenue around 5:30 p.m.

Video released by Irvine PD officials shows a suspect smashing the victim’s rear car window using a tool as he proceeded to steal items from the car. The second suspect was seen walking around the parking structure and may have been the one who drove the getaway vehicle. The silver Honda sedan seen in the video did not have license plates. 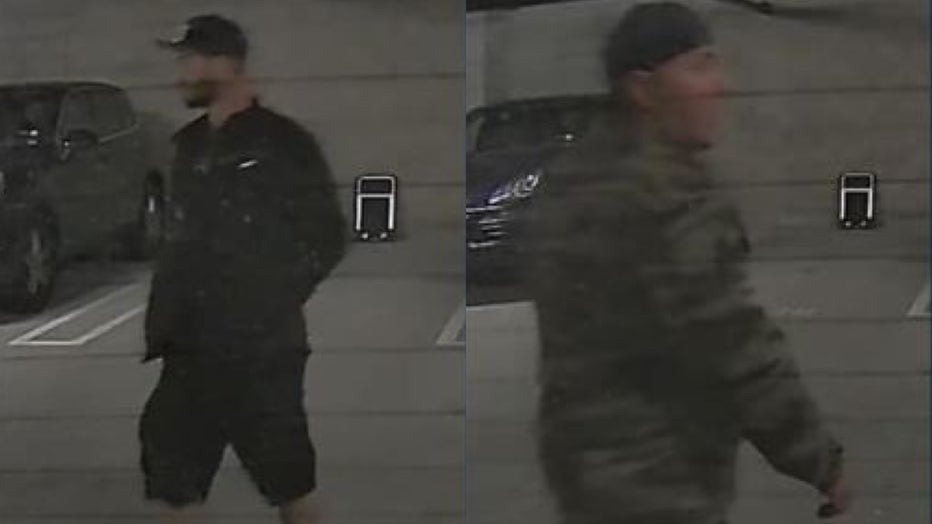 Two men are wanted in a vehicle burglary that occurred in the parking structure of an apartment complex in Irvine.  (Irvine PD)

Authorities also released the video to show how quickly a burglary can occur and as a reminder for people not to leave their valuables inside their vehicles.

Anyone with information on the burglary is asked to contact Detective Kilgore at 949-724-7124 or via email.