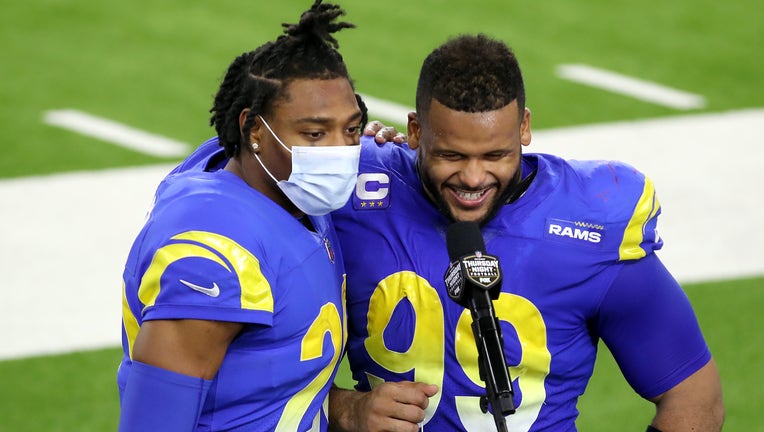 INGLEWOOD, CALIFORNIA - DECEMBER 10: Jalen Ramsey #20 and Aaron Donald #99 of the Los Angeles Rams talk in an interview after the game against the New England Patriots at SoFi Stadium on December 10, 2020 in Inglewood, California. (Photo by Katelyn M

LOS ANGELES - A pair of defensive superstars will represent the Los Angeles Rams in the 2021 Pro Bowl.

Defensive lineman Aaron Donald and cornerback Jalen Ramsey were named to the Pro Bowl rosters. This season, the Pro Bowl itself will be taking place virtually via EA Sports' Madden NFL 21 due to the in-person game being canceled due to COVID-19 concerns.

Donald, considered by many around the league as one of, if not, the best player in the game. This will be his seventh consecutive Pro Bowl nod.

Ramsey, also among the best in his position, was named to his fourth consecutive Pro Bowl selection.