Two people were arrested in connection with the murder of an 80-year-old man inside his Encino home.

LOS ANGELES - Two people are behind bars after police say they were connected to the murder of an 80-year-old man in Encino.

Back on March 2, the Los Angeles Police Department responded to a call in the 4500 block of Densmore Avenue. Upon arrival, LAPD found 80-year-old Stuart Herman inside the home with multiple gunshot wounds. Herman was pronounced dead at the scene.

Officials initially thought it was a home burglary gone bad, but LAPD announced weeks after the incident that the Mar. 2 shooting will be investigated as a murder. Officials did not specify why the deadly incident is no longer being investigated as a home invasion despite authorities telling FOX 11 in early March that the victim's home was ransacked. 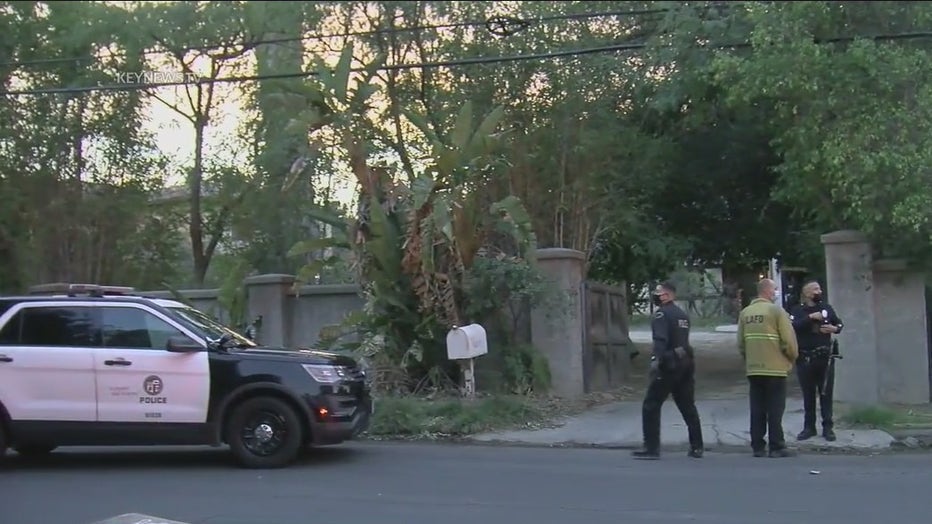 An elderly man is dead in a shooting in Encino March 2.

This week, LAPD announced its officers made two arrests in connection to Herman's death. LAPD arrested 42-year-old Timothy Kirkpatrick in Simi Valley and 48-year-old Hakop Keloyan. Both are being charged with murder, LAPD said.