What is the Public Service Loan Forgiveness program?

The Public Service Loan Forgiveness program began in 2007 as a reward for college students who go into public service but has been criticized for its complex requirements in the past.

WASHINGTON - Some borrowers dealing with the burden of paying back their student loans will get additional help.

The U.S. Department of Education said Wednesday that they have identified 100,000 borrowers who are eligible for student loan debt cancellation under a new change made by the agency to the Public Service Loan Forgiveness (PSLF) program.

The debt cancellations for those borrowers is approximately $6.2 billion in student loan relief. According to the Department of Education, some of the 100,000 identified student loan borrowers have already received debt relief while others have yet to get it. Borrowers who haven’t received the debt relief have already been identified by the agency.

"Our nation's public service workers must be able to rely on the promise of Public Service Loan Forgiveness. The Biden-Harris administration is delivering on that promise by helping more and more eligible borrowers get their loan balances forgiven," U.S. Secretary of Education Miguel Cardona said in a statement. "The PSLF announcement made today means more of our dedicated teachers, nurses, first responders, servicemembers, and many other public service workers will get meaningful relief."

The PSLF program was launched in 2007 as a reward for college students who go into public service, including many teachers, nurses, social workers and military members. As long as they made 10 years of payments on their federal student loans, the program promised to erase the remainder.

Since the program’s creation, only 5,500 borrowers have been provided help getting their loans erased. After making a decade of payments, many borrowers have found that they have the wrong type of federal loan or repayment plan to be eligible for the program. 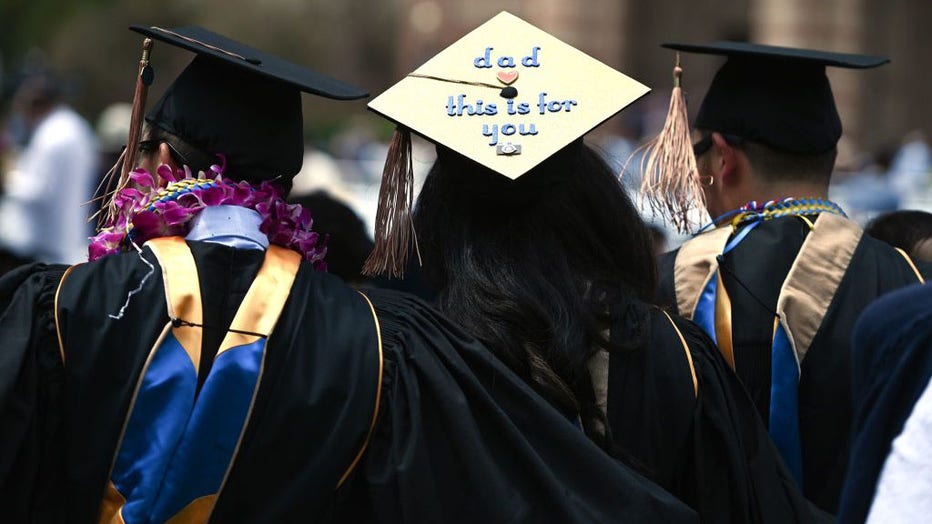 In October 2021, the Department of Education made changes to the PSLF student program which was created for borrowers working in public service jobs — but it was criticized by some for its complex requirements. The new temporary changes brought an estimated half a million borrowers closer to being debt-free.

Under last year’s changes, borrowers were eligible to get their loans erased. The agency announced an "overhaul" to the program, saying it will drop some of the toughest requirements and could result in debt relief for thousands of teachers, social workers, military members and other public servants.

The change immediately made 22,000 borrowers eligible to get loans canceled, and another 27,000 eligible if they could get previous payments certified, according to the department.

More than 90% of applicants have been rejected, ending up stuck with debt that they thought would be eventually cleared, according to the Associated Press.

Borrowers who worked 10 years in a qualifying job are eligible for loan relief no matter what kind of federal loan or repayment plan they have through Oct. 31, 2022. Past loan payments that were previously ineligible were counted, moving some borrowers closer to the finish line, the department stated.

The Department of Education also allowed military members to count time on active duty toward the 10 years, even if they put a pause on making their payments during that time.

Additionally, the agency department noted how members of the military frequently "find out that those same deferments or forbearances granted while they served our country did not count" toward the student loan forgiveness program.

Kelly Hayes and FOX 5 Atlanta contributed to this story. This story was reported from Washington, D.C.