Who thought parking was going to be such a big problem for the NFC title game?

INGLEWOOD, Calif. - Who thought parking was going to be such a big problem for the NFC title game?

"No one thought this was going to be a problem but for the National Football League this is a big problem," said sports reporter Arash Markazi.

Many season ticket holders were frustrated when they got an email saying "We are currently unable to offer you on-site parking for the NFL championship game."

They later revised that to say they could offer some but at a price and first-come first-serve.

"There are a lot of season ticket holders that are going to be very upset. They knew this was a possibility, but they don’t want to pay through the nose to see their team play," Markazi stated.

RELATED: Score a free ticket to watch the Rams in Sunday's NFC Championship game thanks to Aaron Donald

Why the parking problem? There is major construction underway in the parking lots that are all part of the build-out for the Super Bowl on February 13th. This stuff doesn’t go up in a week or two and it just happens to be that the Rams are hosting the NFC Championship while the construction is going on.

So those answering the call from the city to offer alternative parking are benefiting like Dr. Walter Maynard. The 76-year-old Inglewood radiologist, who owns a medical complex, says they are offering parking to fans coming to two of the biggest games. 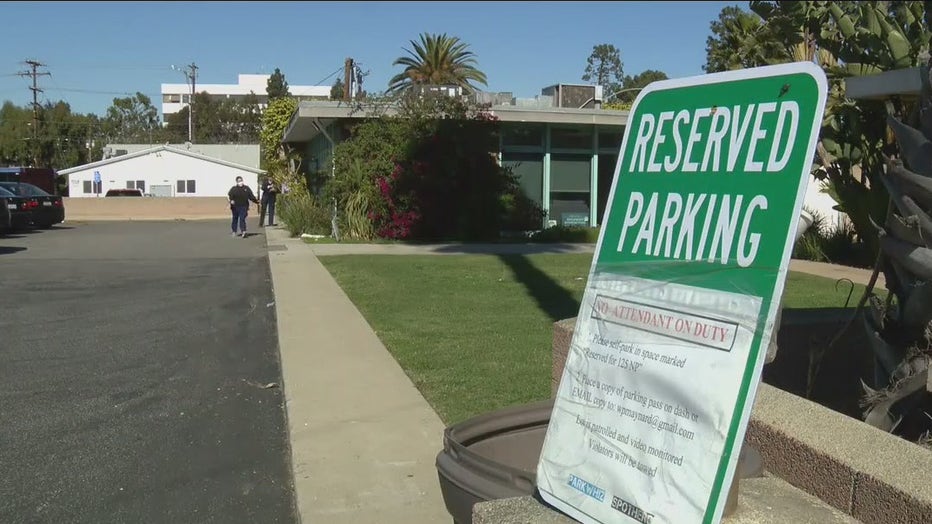 "I’m not trying to be a profiteer off of this."

The price for parking in his structure about a mile or so from SoFi is nowhere close to what’s being offered on StubHub. Originally he says he posted it on SpotHero for $50… Super Bowl Day $100. Somehow, he says, it landed on Stubhub for $398. When you add in the $110 fee, it’s right under $500.

"There are scalpers out there and we don’t want people to pay ridiculous amounts," Grabel stated.
"If you got a ticket for the game good on you! But, by the way, don’t expect to drive up to SoFi and find a parking spot. If you want to park close to SoFi get ready to pay for almost the price you paid for your ticket," said Markazi.

To save some money you can have someone drop you off, take a taxi, Uber, Lyft or public transit.
Metro suggests that riders download Transit app, Metro’s official app or visit metro.net.

Before the game: Shuttle service will run every 5-8 minutes roughly 3 hours before kick-off.

During the game: Shuttles will depart SoFi to the Metro C Line Hawthorne/Lennox Station as needed.

After the game: Shuttle service will run roughly 1.5 hours after each game.

Meanwhile, an Uber spokesperson says, "We are still finalizing our Super Bowl plans for SoFi Stadium and will launch blogs next week to highlight helpful information for riders and drivers. For this Sunday’s NFC Championship game: Pricing hasn’t changed in LA .Surge pricing will only go into effect in areas where there is a supply/demand imbalance."