LOS ANGELES - Laker Nation rejoiced when the Los Angeles Lakers captured the 2019-2020 NBA title in the Orlando bubble in October.

But no one was happier to accept the Larry O'Brien trophy, which goes to the NBA champion, than Lakers owner Jeanie Buss. She took control of the team after her father, Jerry, died in 2013. 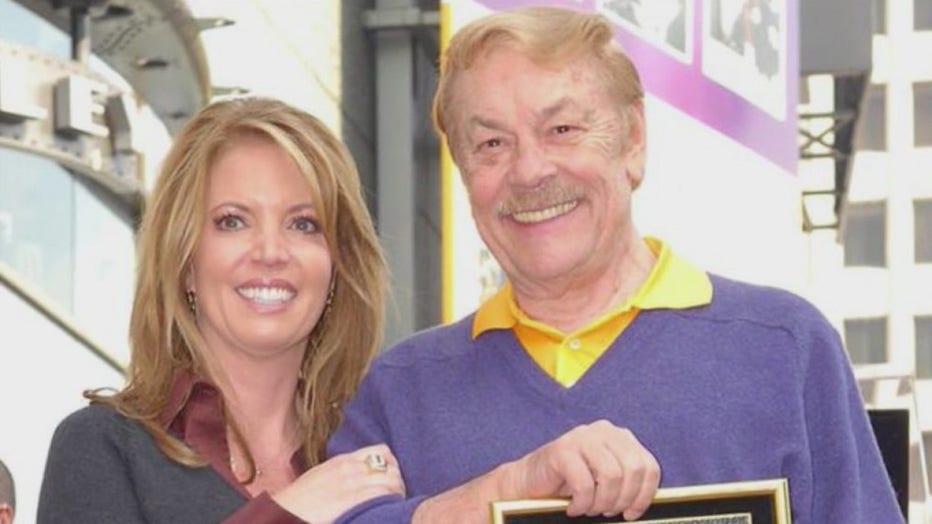 Jeanie remembers how much her late-father loved his Lakers. When Jeanie was handed the keys to lead the iconic NBA franchise, she felt a sense of responsibility.

"I am doing what my dad asked me to do, which was to keep the Lakers great," Jeanie told FOX 11 anchor Michaela Pereira. "I like to say that my dad had his children, but the Lakers were his baby."

When Lakers stars LeBron James and Anthony Davis helped Los Angeles beat the Miami Heat in the NBA Finals, Jeanie was quick to dedicate the championship to her late father.