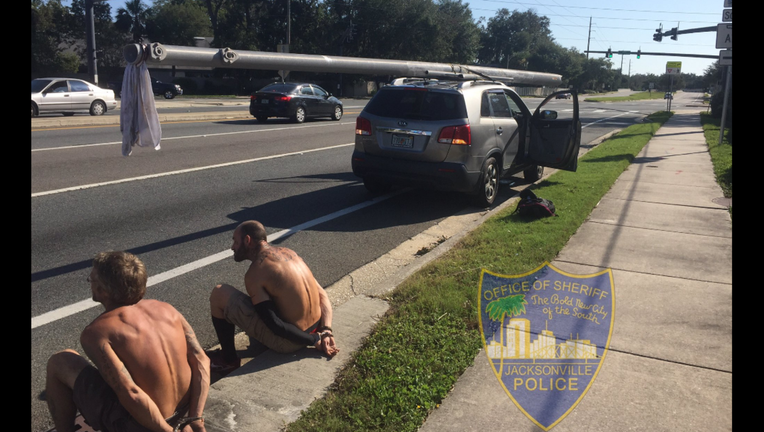 JACKSONVILLE, FL (FOX NEWS) - Two men were arrested Wednesday after an officer found a utility pole strapped to the top of a vehicle in Jacksonville, days after Hurricane Irma spawned severe flooding in the city, as cops across the Sunshine State work overtime to nab thieves impeding recovery efforts.

The Jacksonville Sheriff's Office tweeted a picture of the shirtless men sitting handcuffed on the sidewalk.

"These two were caught stealing a JEA pole just this morning! Citizens watching out and officers cleaning up = partnership! #Irma #JSO," the sheriff's office wrote.

The arrest came even as Florida officials work feverishly to restore power statewide. As of Thursday morning, 2.6 million customers, roughly 25 percent of the state, were still without power -- down from 15 million people only two days ago.