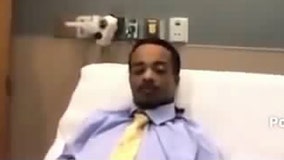 Jacob Blake was discharged from a Milwaukee hospital and is now undergoing treatment at an Illinois rehabilitation clinic. 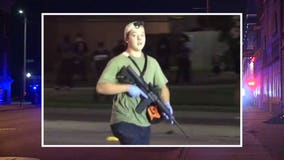 Rittenhouse’s legal team has continuously argued that the teenager was defending himself when he fired his weapon on Aug. 25. 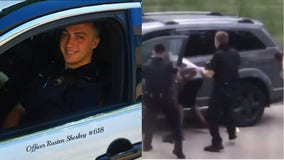 Rusten Sheskey's lawyer said if Shesky had allowed Blake to leave and something happened to the child, “the question would have been ‘Why didn’t you do something?’” 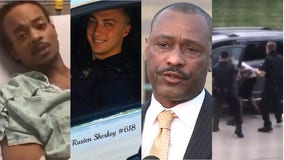 Wisconsin native and retired Madison Police Chief Noble Wray will review the case and turn over his findings to the district attorney. 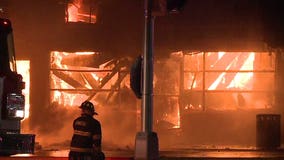 Kenosha's fire chief says damage from the unrest over the police shooting of Jacob Blake has now topped $11 million. 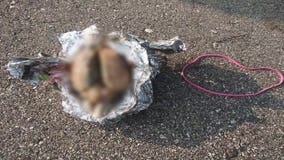 "Curiosity got to me, so I popped it open and it looked like a chicken breast -- kind of. It took a little bit for it to really (register) of what was going on; it was a brain." 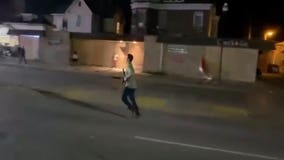 Rittenhouse has been charged with multiple felonies, including two counts of homicide. He is awaiting extradition to Wisconsin.

Jacob Blake appeared remotely to Kenosha County court on Friday afternoon, Sept. 4. Blake waived his right to a preliminary hearing -- and then pleaded not guilty to three charges that were filed against him back in July. 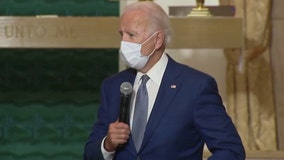 Joe Biden’s trip to Kenosha is testing his pitch that he’s a unifying figure. ​ 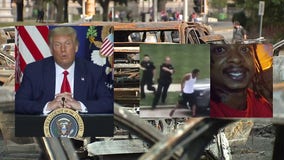 Soon after arriving in Kenosha, a visit made over the objections of state and local leaders, President Trump toured the charred remains of a block besieged by violence and fire. 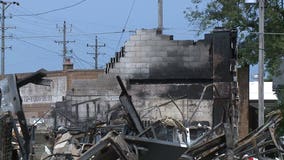 Kenosha's public works director provided the estimate on what it would cost to replace garbage trucks, street lights and traffic signals, among other things that were destroyed or damaged in the unrest tied to the shooting of Jacob Blake. 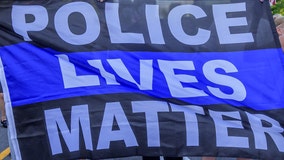 Some attending the rally in the Wisconsin city wore “back the blue” shirts. Others carried American flags. They applauded when law enforcement vehicles rolled by. 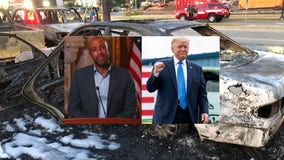 President Trump has throughout the summer cast American cities as under siege by violence and lawlessness, despite the fact that most of the protests demonstrating against racial injustice have been largely peaceful. 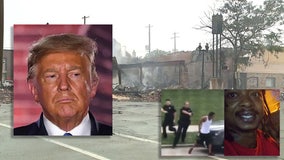 President Donald Trump will visit Kenosha on Tuesday, Sept. 1 to meet with law enforcement and survey the damage left by unrest in the wake of the officer-involved shooting of Jacob Blake, a White House staffer said Saturday. 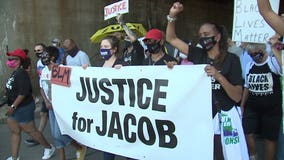 Family members of Jacob Blake are leading a march and rally Saturday to call for an end to police violence. 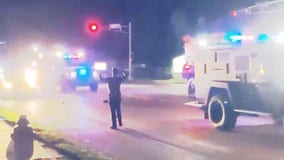 The 17-year-old charged with killing two people during protests in Kenosha will be in court Friday, Aug. 28.  Kyle Rittenhouse is expected to argue self-defense. 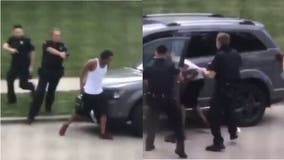 The Wisconsin Department of Justice (DOJ) Division of Criminal Investigation (DCI) on Friday, Aug. 28 released new details in the officer-involved shooting of Jacob Blake. The DOJ released the names of the other officers at the scene -- and indicated two taser attempts by two different officers failed before Officer Rusten Sheskey fired seven times. 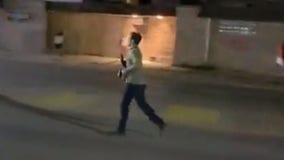 A video director for the conservative website The Daily Caller tweeted Wednesday that he had conducted a video interview with the suspected gunman before the shooting and posted a clip in which the armed young man, standing in front of a boarded-up building, said “our job is to protect this business.”

“Jacob did nothing to provoke police. He was a great father and was only intending to get his children out of a volatile situation. Witnesses confirm that he was not in possession of a knife and didn’t threaten officers in any way," Benjamin Crump said in a statement Thursday on the shooting of Jacob Blake by Kenosha police.

Two people died and one person was injured as shots were fired late Tuesday in Kenosha during the third night of unrest in Wisconsin following the shooting of a Black man by police, Kenosha police said.