Saturday marked a historic but emotional day for the sports world as Los Angeles Lakers Kobe Bryant was inducted into the National Basketball Hall of Fame.

For both sports fans and Bryant's peers in the NBA, the induction ceremony was bittersweet. As exciting as it was for Laker Nation to see Bryant's career get immortalized, it was also heartbreaking for most upon realizing that the "Black Mamba" himself wasn't there to accept the honor.

Below are the reactions and tributes from current NBA stars and hoops legends on a night so special for the Bryant family. 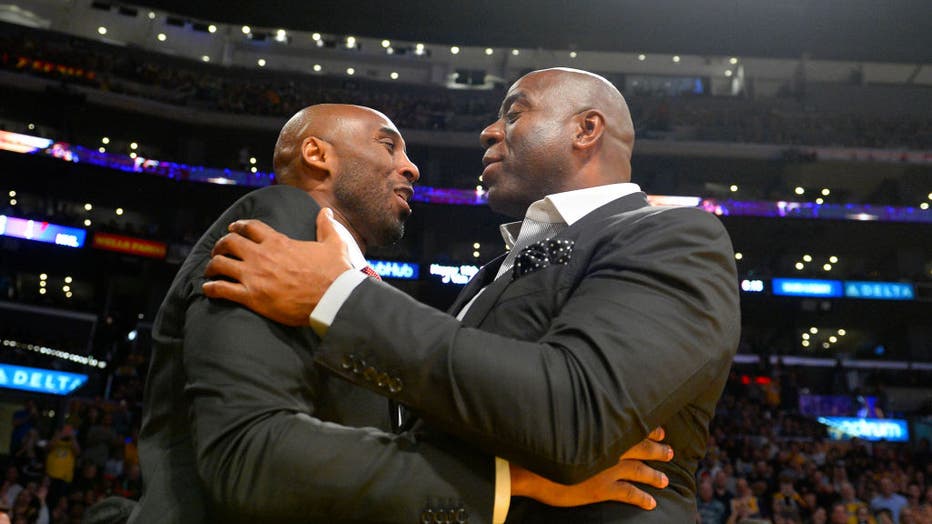 "I wanted to say, Timmy, thank you, man," Garnett said to Tim Duncan and Vanessa Bryant during his induction speech. "Congratulations to you and [Kobe], seriously. There was nothing [more] epic than when we battled, I looked forward to all the battles, seriously. And I thank you for taking you to another level, you and Rasheed [Wallace]. I appreciate you. It’s an honor to go in the Hall with you, bro. You and [Kobe]. Congratulations Vanessa, I love y’all."

"It’s an unbelievable time for himself, looking down on all the accomplishments that he had, for his wife and his daughters, and for his daughter who’s up there, going to be watching alongside Kobe when they watch the enshrinement. So, it was a beautiful thing to see [Vanessa Bryant] put the jacket on his daughter, on his eldest, yesterday. A beautiful thing, and it’s a beautiful time for the Lakers. It’s like I said, it’s a celebration for another Laker great and just happy to be part of his legacy," James said during an interview with Spectrum Sportsnet.

"As a rookie, it was like he acted like he belonged already. He played without fear," Allen said in a video montage moments before Bryant's induction.

"He was just different from everybody else. I knew I that had to come wit' it. I'm not talking about certain possessions, I mean every possession," Iverson said in a video montage moment before Bryant's induction. "You can't have a basketball conversation without Kobe Bryant."

Bryant also joins the following Hall of Famers who have worn a Lakers uniform at one point during their professional careers: