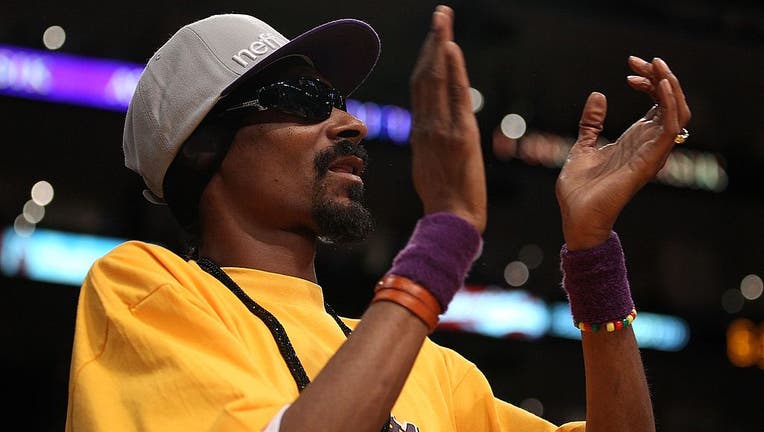 LOS ANGELES - Hip-hop icon and diehard Los Angeles Lakers fan Snoop Dogg ripped the team on social media after their brutal 30-point blowout loss in Phoenix in Game 5 on Tuesday night, saying the Clippers are now the best NBA team in the city.

The rapper who has been loyal to the men in purple and gold his entire life could not believe his eyes as the Lakers lost 115-85 in the crucial game in the playoff series.

In his expletive-filled rant posted to Instagram, Snoop Dogg wrote the following:

"Never thought I’d say it but we sorry and the Clippers better than us. Frank Vogel can’t coach and why the [expletive] Montrezl Harrell ain’t getting no run? [Expletive] this is heartbreaking. AD hurt more than Mary J. Blige records. We soft."

Many fans also questioned head coach Frank Vogel’s refusal to play Montrezl Harrell until the final minutes of the game. Often times, he's left sitting on the bench. Harrell was traded to the Lakers from the Clippers and won the Sixth Man of the Year Award for the 2019-2020 season.

Harrell and Marc Gasol have expressed their frustrations as Vogel has opted to start Andre Drummond since his arrival from the Cleveland Cavaliers in late March.

The Lakers, who are defending NBA champions, have had a rollercoaster season after losing superstars LeBron James and Anthony Davis to injuries throughout the season, causing the team to rely heavily on Dennis Schroder on the offensive side.

Unfortunately, Schroder has not stepped up during the playoffs and could not make a single bucket in Game 5. It is rumored that he turned down a four-year, $84 million extension with the franchise in hopes of securing a larger deal.

Once ranked first in the Western Conference, the Lakers slipped down to seventh and had to fight for a spot in the playoffs in a play-in tournament game against Golden State.

On the other hand, the Clippers have lived up to their expectations led by head coach Ty Lue and NBA superstars Paul George and Kawhi Leonard. They have fought in the series after being down 0-2, including coming out victorious after a nightmarish start in Game 3.