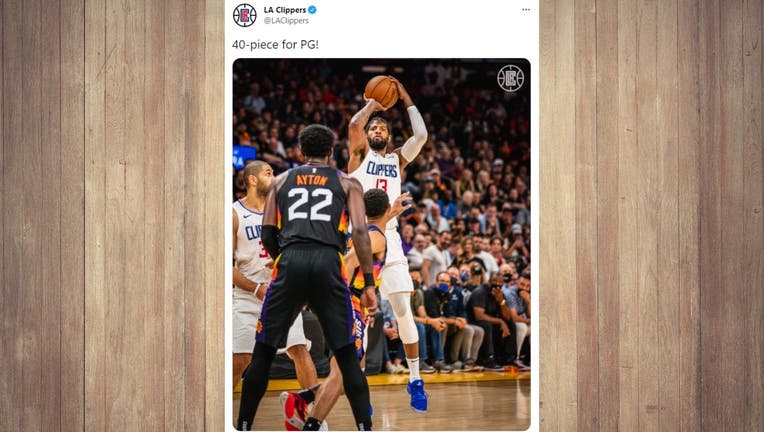 PHOENIX, Ariz. (KTTV) - The Los Angeles Clippers keep their season alive after holding off the Phoenix Suns 116-102 in Game 5 of the Western Conference Finals.

The Clippers forced Game 6 without Kawhi Leonard and Ivica Zubac Monday night due to injuries. Leonard last played in Game 4 of the conference semis after suffering a right knee injury. Hours before Monday night's game, reports surfaced that Leonard is unhappy with the way the team handled his injury.

Zubac was scratched from Game 5 due to a sprained MCL.

The Clippers are hoping to once again keep their season alive as they return to Staples Center for Game 6, which tips off Wednesday, June 30 at 6 p.m. PT.