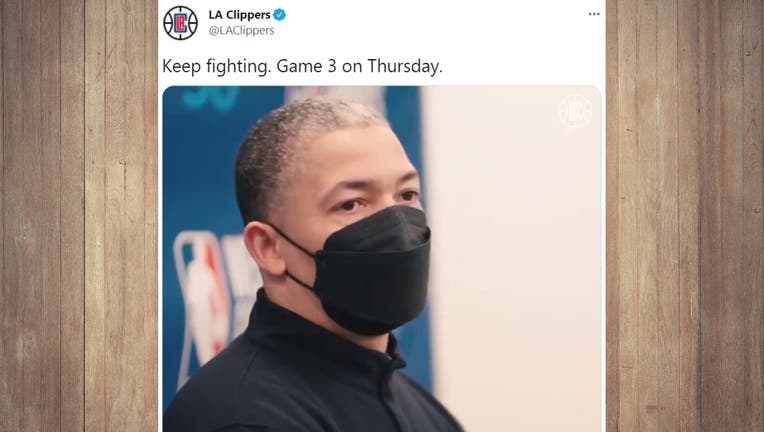 PHOENIX, Ariz. (KTTV) - Stop us if you have heard this before: the Los Angeles Clippers are trailing 2-0 in a playoff series.

The Clips are once again tasked with climbing out of a 2-game series deficit, this time against the Phoenix Suns in the Western Conference Finals.

The Clips dropped Tuesday night’s game 104-103 in a heartbreaking fashion on the road. The Suns' Deandre Ayton flushed an alley-oop with 0.7 second left in regulation to give Phoenix the 2-game series cushion.

The Clippers return to Los Angeles for Game 3, which tips off Thursday, June 24 at 6 p.m. PT.

Los Angeles was once again without Kawhi Leonard, who suffered a knee injury against the Utah Jazz in the previous round. The Suns were without former Clipper Chris Paul, who tested positive for COVID-19 just days before the conference finals tipped off.