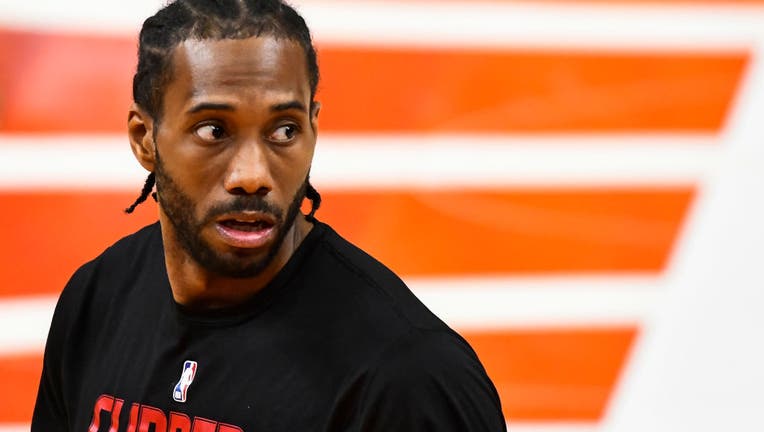 LOS ANGELES - On the brink of elimination from the Western Conference finals against the Phoenix Suns on Monday night, the Los Angeles Clippers organization may have another major problem. Sources have been reporting NBA superstar Kawhi Leonard is unhappy with the Clippers' medical team as he continues to battle a knee injury.

He has been ruled out for Game 5 on Monday night and did not travel with the team to Phoenix. Game 5 is a crucial, must-win game for Los Angeles who is now down 3-1 in the West finals following a frustrating 84-80 loss over the weekend on their home court.

The all-star forward has not returned to the Clippers lineup since suffering a right knee strain at the end of Game 4 in the Western Conference semifinals, causing fellow all-star Paul George to take on a heavy load in Leonard’s absence. Sources say the team’s medical staff underestimated his injury. However, the exact severity of his injury remains unclear as the Clippers organization continues to keep it under wraps.

FS1’s Skip Bayless raised eyebrows when he said the following:

"I have been told by a very good source that the first issue became Kawhi was unhappy with the Clippers medical staff, because he felt that they, early on, misdiagnosed and underplayed the extent of this knee injury."

"I was also told, as I told you from day one when this happened, he’s gone. He’s going to need some type of surgery. I’m not sure exactly what the extent of it is. But he’s going to need surgery. So, he’s out for the rest of the playoffs."

The two-time NBA Finals MVP becomes an unrestricted free agent this summer and his loss of trust with the team’s medical staff may be enough for him to take his talents elsewhere. In fact, some believe this played a pivotal role in his reason for leaving San Antonio.

Despite frustrating losses in Games 2 and 4 of the WCF and being fatigued amid a brutal schedule that has forced the Clippers to play every other day in the playoffs for weeks, head coach Ty Lue said coming back from being 3-1 is "very doable."

Against the odds, the Clippers are playing in their first West finals in franchise history.

Not only have they dealt with a grueling schedule without Leonard, they have also been without center Serge Ibaka, and power forward Marcos Morris continues to play through a knee injury.

The Clippers will fight to stay alive during Game 5 that's scheduled for Monday at 6 p.m. and will air on ESPN.