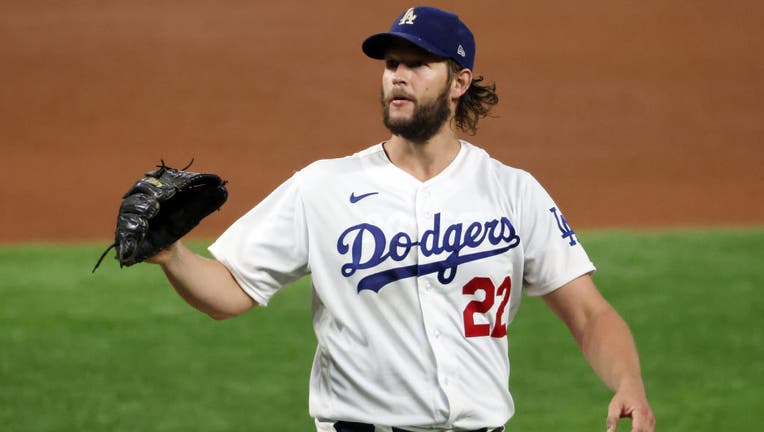 LOS ANGELES - Los Angeles Dodgers starting pitcher Clayton Kershaw will not play in Game 2 of the National League Championship Series against the Atlanta Braves on Tuesday, the team announced.

According to the team, Kershaw will not play due to back spasms.

This comes as troubling news for the Dodgers who are favored to be World Series champions.

The Dodgers lost Game 1 of the series Monday night after giving up four runs in the ninth inning.

Instead, rookie Tony Gonsolin will start for Game 2 of the NLCS.

According to Jon Morosi with the MLB Network, the Dodgers believe Kershaw will be ready to start by Game 4.

Julio Urías is expected to start for Game 3, it was reported.

Tuesday's game is scheduled to begin at 3 p.m. on FOX.