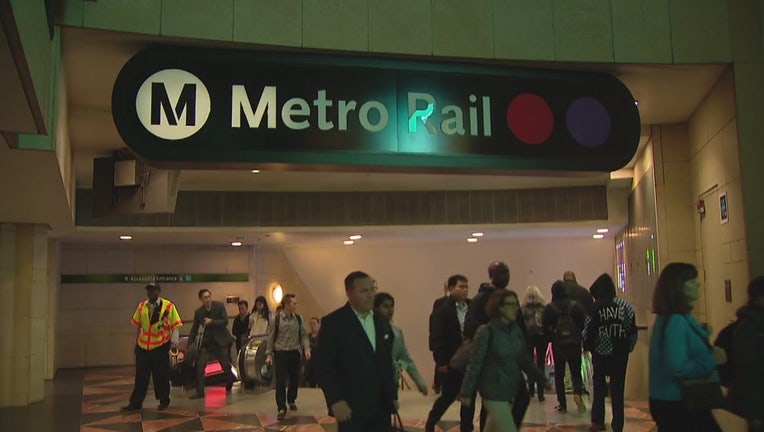 The study, called Understanding How Women Travel, identifies obstacles like traveling with kids and strollers and women’s top concern, safety. More than one million people ride Metro every day.

The report finds women ride Metro more than men and 40% of women feel unsafe on Metro during the day and 80% at night.

17-year-old Giselle Enriquez recently got off a train and realized she had company.

“Some guy who was in the Metro riding with me, followed me outside and he just kept following me until I got home."

Nichole Aurora says she once shared a train with a man exposing himself. “That’s probably the scariest thing where you’re just stuck on a train with this individual and there’s nothing you can do but try to move away.”

In the report, some women say they purposely wear sneakers in case they need to run away from someone. Many say they hide their jewelry and make sure to wear pants to help avoid a sexual assault.

“When you have people who come in there who are schizophrenic or homeless, they do say stuff but I just stay quiet and people just pretty much stay quiet because we don’t know what they could do to us,” says Frances Gonzalez who takes Metro’s Red Line train every day. “It’s a daily occurrence and there aren’t enough police patrolling,” says Aurora.

“They’re there but they can’t be everywhere.”

A spokesman for Metro tells FOX 11 the transit system has doubled its police presence since mid-2017 and as part of a federal grant, Metro upgraded lighting at 18 stops this year.

It is working to improve more in the next few weeks. Metro’s Women and Girls Governing Council is also using the study to develop a safety plan early next year so Metro’s most frequent riders are not so afraid.

“That’s why I always have someone with me,” says Enriquez. “I’m not even on my phone. I look around and check who’s around me.”The spokesman for Metro says the public transit system is planning to upgrade its Transit Watch app that allows riders to record video to help report issues.