Woman in bikini leads police on short pursuit near LAX

A woman wearing a bright pink bikini led police on a short pursuit near LAX on Wednesday afternoon, officials said.

LOS ANGELES - Southern California residents have witnessed many police pursuits over the years, but not one quite like the one that occurred on Wednesday afternoon.

A woman seen on video wearing only a bright pink bikini and a flannel shirt led officers on a short pursuit near LAX on Feb.3, officials said.

The pursuit began around 2 p.m. when the suspect stood outside of her car in the middle of the 105 Freeway. 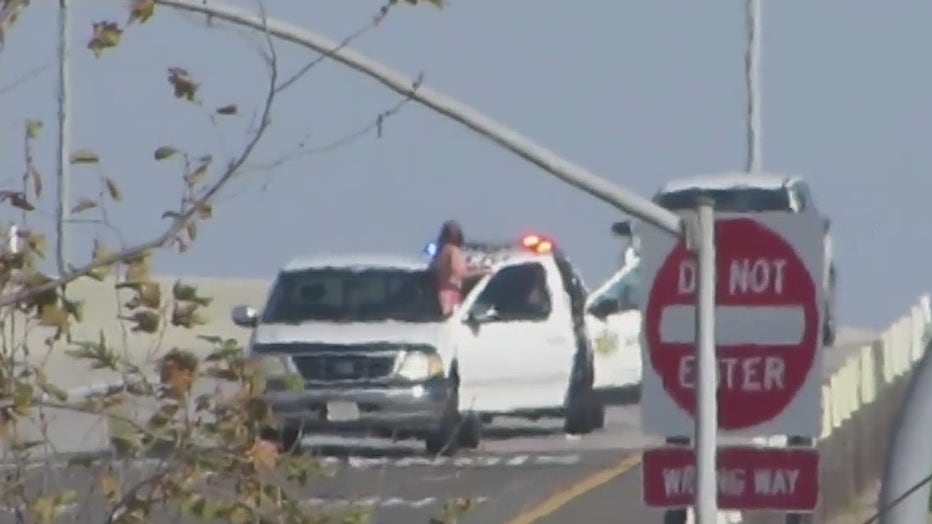 The person recording the video of the incident alerted Airport police. Once officers arrived, the woman then hopped back inside her pickup truck and drove off. At times, she was seen acting erratically behind the wheel.

The slow-speed chase lasted for about 15 minutes and ended in Redondo Beach, officials said. 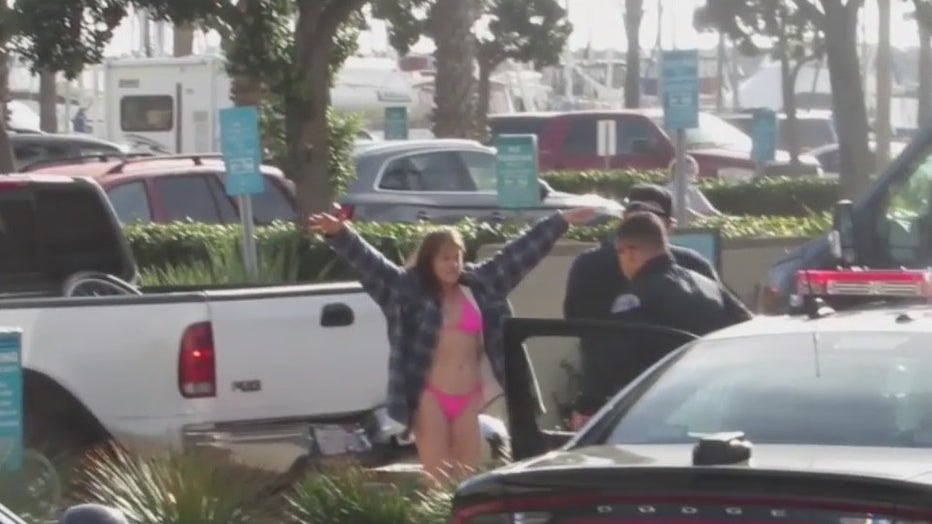 She was arrested for driving under the influence and evading police officers.

Her name was not released by authorities.