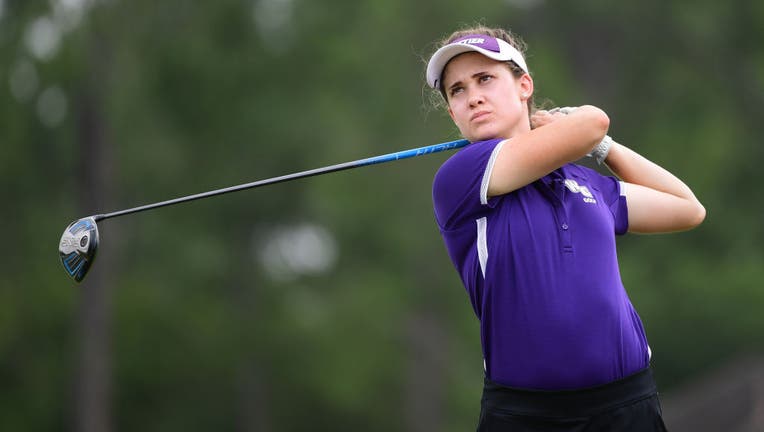 Taylor Beckwith of Whittier College hits the ball during the Division III Women's Golf Championship held at the Bay Oaks Country Club on May 17, 2019 in Houston, Texas. (Photo by Justin Tafoya/NCAA Photos via Getty Images)

In a statement released before the Thanksgiving break by the Whittier College Board of Trustees Chair Miguel Santana, the programs to be cut at the end of their seasons are men's lacrosse and men's and women's golf programs. The football program was discontinued effective immediately.

"This was a difficult decision, backed by the Board of Trustees, that aims to direct investment to the things that make Whittier College exceptional: our academic programs, our high-touch student experience including an expanded effort to support student Health and Wellness, and the 18 NCAA sports which will remain an integral part of the Whittier experience," the statement read.

Officials said the discontinued programs are "disproportionately more expensive to sustain than other sports that have thrived."

"When it comes to the health of our student-athletes, we must take this concern seriously," the statement read.

According to the statement, over the past 30 years, 14 California four-year colleges, including SCIAC rivals Occidental and CalTech, have dropped football from their intercollegiate rosters.