Rapper Kodak Black was reportedly shot, along with three others, outside a West Hollywood restaurant Saturday morning. The shooting happened following a concert and afterparty held by Justin Bieber. 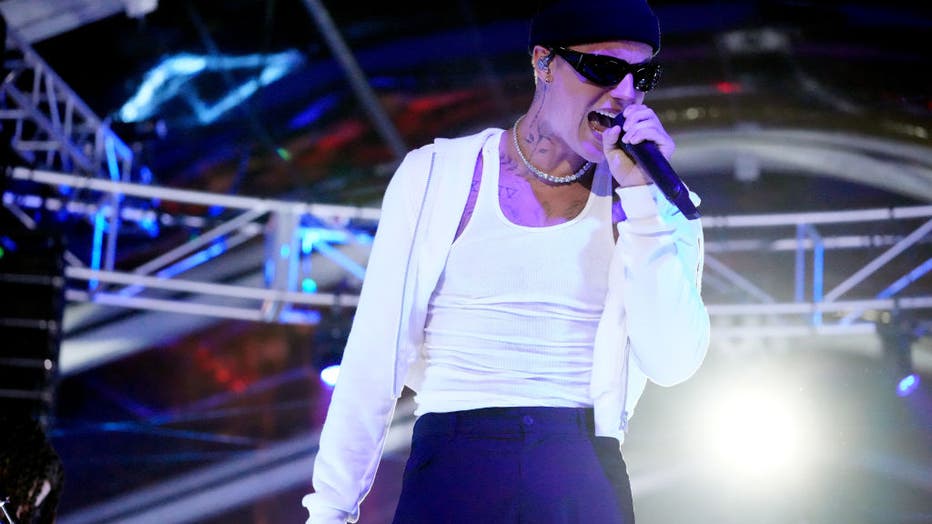 The shooting was reported around 2:53 a.m. in the area of La Cienega Boulevard and Melrose Avenue.

When officers arrived on the scene, they located two people with gunshot wounds. They were transported to a local hospital with non-life-threatening injuries. Two additional gunshot victims self-transported themselves to the hospital, according to the Los Angeles Fire Department. All four victims are listed in stable condition.

Rapper Kodak Black was reportedly shot, along with three others, outside a West Hollywood restaurant Saturday morning. The shooting happened following a concert and afterparty held by Justin Bieber.

According to TMZ, the guestlist for the party included celebrities such as Leonardo DiCaprio, Drake, Tobey Maguire, Kendall Jenner and Khloe Kardashian.

According to reports, a fight involving Kodak Black broke out around 2:45 a.m., shots rang out shortly after. The suspect fled south from the location. Kodak Black was reportedly shot in the leg

The Los Angeles Police Department is still investigating the motive of the shooting.

According to reports, police are looking into whether a red Ferrari is connected to the shooting.

No arrests have been made and no suspect description was immediately available.