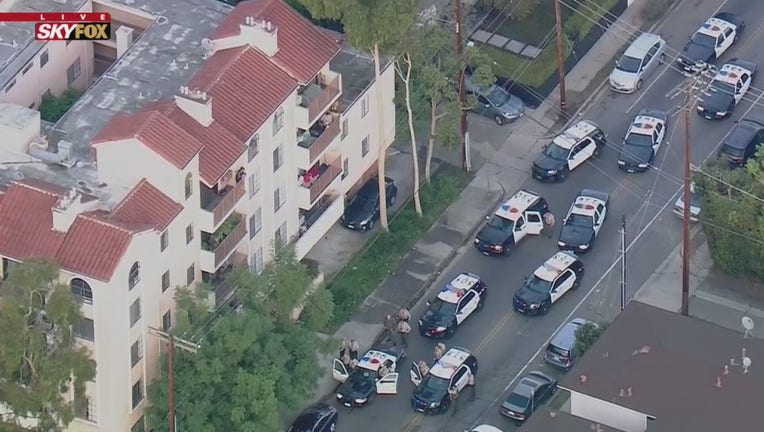 LOS ANGELES - Police were in pursuit of a black Honda Accord that was allegedly stolen by a homeless person in West Los Angeles on Thursday morning.

The car was reportedly stolen the El Segundo area around 6:30 a.m.

Deputies with the Los Angeles Sheriff's Department deployed a spike strip, but the suspect continued to travel westbound toward Venice.

The suspect surrendered near the intersection of Venice Boulevard and Walgrove Avenue near Venice High School just before 7 a.m.

The suspect was eventually taken into custody at the scene.

Officials did not immediately disclose what charges he faces.