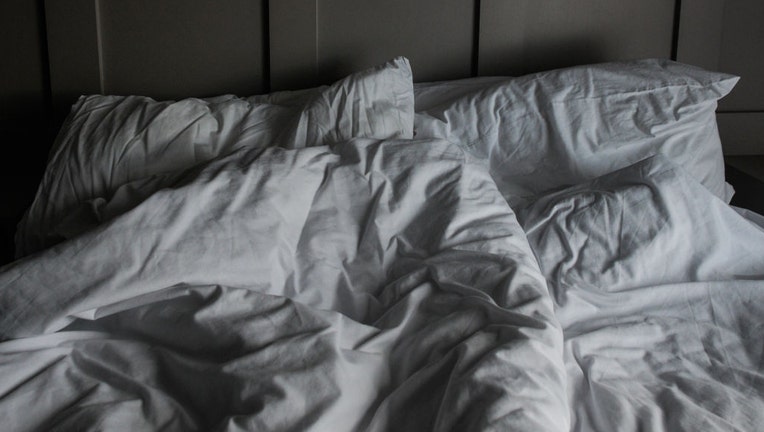 A messy bed with comforter and pillows.On Friday, 12 March 2021, in Dublin, Ireland. (Photo by Artur Widak/NurPhoto via Getty Images)

Walmart and Kohl's have sold a swath of items advertised as bamboo-based, ranging from clothing to bedding to bath towels. But the FTC alleges that some of the products are made of rayon, "not actual bamboo fiber woven into fabric."

"As defined by the Textile Act and Rules, textile fiber products marketed and sold by [Walmart] as bamboo, including those described in Paragraphs 10 and 11 above, are rayon, not actual bamboo fiber woven into fabric," the FTC said in a lawsuit filed Friday.

"Rayon is the generic name for a type of regenerated or manufactured fiber made from cellulose," the FTC added. "Rayon is manufactured by taking purified cellulose from a plant source, also called a cellulose precursor, and converting it into a viscous solution by dissolving it in one or more chemicals, such as sodium hydroxide. The chemical solution is then forced through spinnerets and into an acidic bath where it solidifies into fibers."

RELATED: Walmart offering new truckers starting salary of up to $110,000

The FTC is pressing legal action against Walmart for the claims of bamboo construction after it claims it sent multiple warning letters to the company.

"Since at least 2015, despite the commission’s public announcements and the warning letter, defendant has marketed and sold rayon textile fiber products advertised as "bamboo,'" the FTC said in its filing.

A Walmart spokesperson told FOX Business, "We are committed to being the most trusted retailer and take these claims seriously."

"We have worked to strengthen our product description programs and expect our suppliers to provide products that comply with all laws, including those around labeling," the spokesperson said in a statement.

The purported bamboo-based products are also often touted as more environmentally friendly and sustainable, boasting "cleaner solutions" badges on their product pages. This claim is also disputed by the FTC, which points out a slew of toxic chemicals needed to produce rayon.

The retailer, which has about 4,700 stores in the U.S., did not disclose how many locations would be impacted. However, people familiar with the matter told The Wall Street Journal that stores in California, Florida, Arkansas and New Mexico would be among those included.

"As a result of our ongoing focus on the tobacco category, we have made the business decision to discontinue the sale of tobacco in select stores," a Walmart spokesperson told FOX Business.

The company emphasized that it is not halting all tobacco sales and that the number of impacted locations is relatively small.