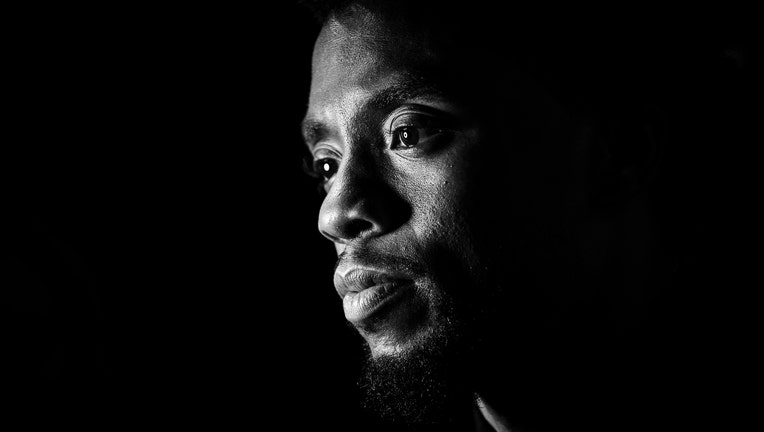 Wakanda fans all over the world remembered the ‘Black Panther’ on what would have been Chadwick Boseman’s 44th birthday. Marvel Entertainment updated its logo intro, prominently featuring the late actor.

Boseman died at his home near Griffith Park in Los Angeles on Aug. 28. The immediate cause of death was listed as multiple organ failure, with the underlying cause of colon cancer, which his family said he had been diagnosed with four years earlier.

RELATED: Howard U. president remembers superhero alum Chadwick Boseman: 'Love is life and he had an abundance of both'

The young boy was seen doing the “Wakanda forever” salute from the Black Panther movie as a tribute to the late actor Chadwick Boseman.

The “Black Panther” star was laid to rest Sept. 3 at Welfare Baptist Church Cemetery in Belton, South Carolina, about 11 miles from Boseman’s hometown of Anderson. Anderson held a public memorial for Boseman a day later.

His former co-stars as well as fans paid tributes on Twitter on Sunday.

Boseman first slipped on the cleats of Jackie Robinson, then the Godfather of Soul’s dancing shoes, portraying both Black American icons with a searing intensity that commanded respect. When the former playwright suited up as Black Panther, he brought cool intellectual gravitas to the Marvel superhero whose “Wakanda forever!” salute reverberated worldwide.

As his Hollywood career boomed, though, Boseman was privately undergoing “countless surgeries and chemotherapy” to battle colon cancer, his family said in a statement. He was diagnosed at stage 3 colon cancer in 2016 but never spoke publicly about it.

The cancer was there when his character T’Challa visited the ancestors’ “astral plane” in poignant scenes from the Oscar-nominated “Black Panther,” when he first became a producer on the action thriller “21 Bridges,” and last summer when he shot an adaptation of a play by his hero August Wilson. It was there when he played a radical Black leader — seen only in flashbacks and visions — whose death is mourned by Vietnam War comrades-in-arms in Spike Lee’s “Da 5 Bloods.”

“A true fighter, Chadwick persevered through it all, and brought you many of the films you have come to love so much,” his family said. “It was the honor of his career to bring King T’Challa to life in Black Panther.”

Born and raised in South Carolina, where he played Little League baseball and AAU basketball, Boseman graduated from Howard University in Washington, D.C. He wrote plays, acted and directed in theater and had small roles in television before landing his breakthrough role.

At the 2019 Screen Actors Guild Awards, “Black Panther” won best ensemble, electrifying the room. Before an auditorium full of actors, Chadwick Boseman stepped to the microphone. He quoted Nina Simone: “To be young, gifted and black,” and put the moment in context.

“We know what it’s like to be told there isn’t a screen for you to be featured on, a stage for you to be featured on... We know what’s like to be beneath and not above. And that is what we went to work with every day,” said Boseman. “We knew that we could create a world that exemplified a world we wanted to see. We knew that we had something to give.”

Boseman is survived by his wife and a parent and had no children.