Family, friends and teammates gathered in Griffith Park Wednesday night to honor Andrew Jelmert who was killed while cycling over the last weekend.

LOS ANGELES - A vigil was held Wednesday night for a charity bicyclist who was killed by an alleged hit-and-run driver while riding through Griffith Park over the weekend.

Andrew Jelmert, 77, was killed on April 16, driving along Crystal Springs Drive in Griffith Park. According to the organization Streets Are For Everyone, Jelmert was participating in the AIDS/LifeCycle SoCal Day on the Ride when he was struck from behind by a vehicle.

Jairo Martinez faces one felony count each of murder and hit-and-run driving resulting in death to another person in addition to one misdemeanor count of driving on a suspended or revoked license for DUI conviction after a prior offense, DA George Gascón said in a statement. 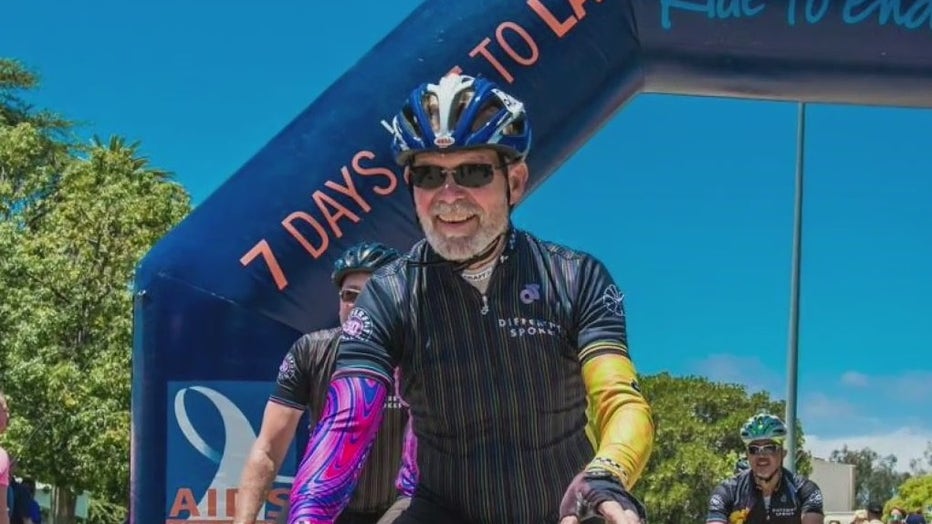 Jelmert was a four-time participant in the annual AIDS/LifeCycle Ride — a 545-mile trek from San Francisco to Los Angeles. He was training for his fifth ride according to the organization.

Family, friends and teammates gathered Wednesday to remember the 77-year-old.

According to SAFE, the road Jelmert was driving on when he was killed is commonly dangerous for cyclists, runners and more, with cars regularly exceeding the 25-mile-per-hour speed limit.

"There’s been talk for years of making the park safer for the cyclists, the runners, the families and for the equestrians by phasing cars out of speeding through Griffith Park," SAFE founder Damian Kevitt said in a statement. "It’s time we stop talking about it and start doing."

The organization has started a petition to meet that goal.

Jelmert leaves behind a longtime partner.