Video of attack on woman, theft of French bulldog Chloe

On Jan. 5, Sarah Vorhaus was beaten and robbed while walking her dog, Chloe, in San Francisco's Russian Hill.

The three alleged attackers jumped into a Toyota Prius driven by a fourth person after the robbery, which happened about 5:45 p.m. Jan. 5 at Vallejo and Hyde streets.

The attack last month had drawn attention when the victim Sarah Vorhaus, appearing with a bruised and swollen face, made an emotional appeal for the return of her bulldog Chloe.

Vorhaus told KTVU she was walking Chloe and another dog when she was confronted by several men. She was punched several times in the face. At least one of the men was armed with a gun, authorities said.

DOWNLOAD THE FOX 2 NEWS APP FOR iOS and ANDROID 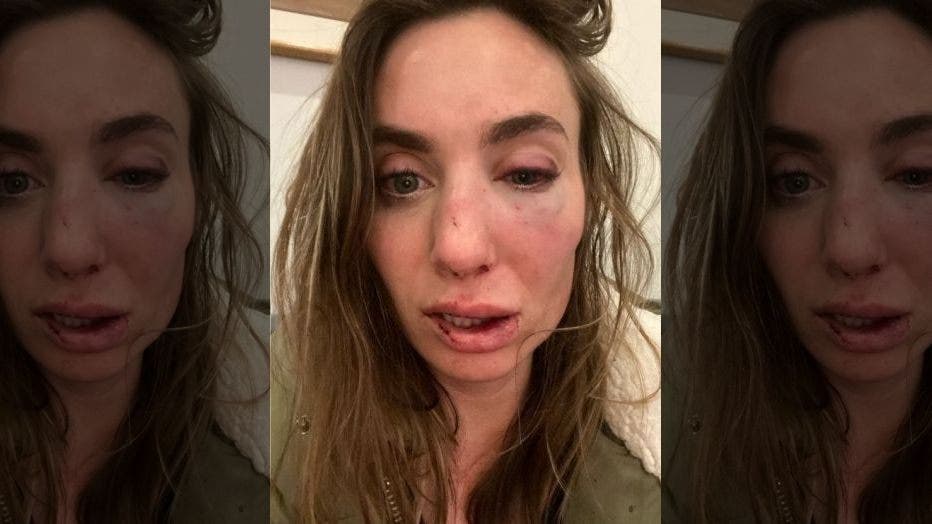 Sarah Vorhaus, pictured here after she was beaten and had her two dogs stolen while in San Francisco.

Vorhaus said she is offering an $8,000 reward for the safe return of Chloe, no questions asked.