Tourist shot during robbery in Venice

A tourist was shot during a robbery in Venice Wednesday. Police are searching for two men who robbed a couple on vacation from Florida.

LOS ANGELES - A couple visiting from Florida was robbed and shot by a group of suspects in Venice Wednesday afternoon.

According to police, two out-of-state tourists were in the area of Dell and Washington Blvd. around 1:45 p.m. when a group of men approached them. 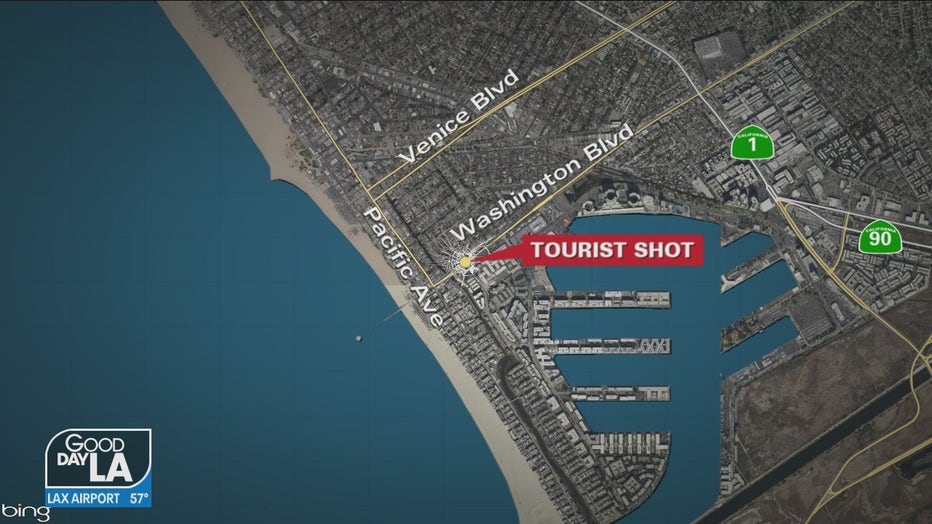 The man and his girlfriend spent the day at the bench and were walking back to their rental car when three to four men, all wearing ski masks, followed them to their car.

The suspects demanded property from the male victim, but when he refused, one of the suspect's shot him in the leg, authorities said.

The suspects fled in a white sedan northbound on Dell Blvd.

Police said the suspects got away with the man's high-end jewelry. He was taken to the hospital in an unknown condition, the Los Angeles Fire Department reported. It is unknown if the female victim was injured.

No description of the suspects was immediately available.

As of Thursday morning, no arrests have been made.