A shocking video shows a bizarre scene at a store in Venice involving a woman carrying a pickaxe.

LOS ANGELES - A shocking video shows a bizarre scene at a store in Venice involving a woman carrying a pickaxe.

The Los Angeles Police Department responded to a call of a robbery at a Rite Aid in the 800 block of Lincoln Boulevard.

The video, shared by John Mahaffey, shows a woman walking around the store with a pickaxe and a shopping cart and cussing people out. 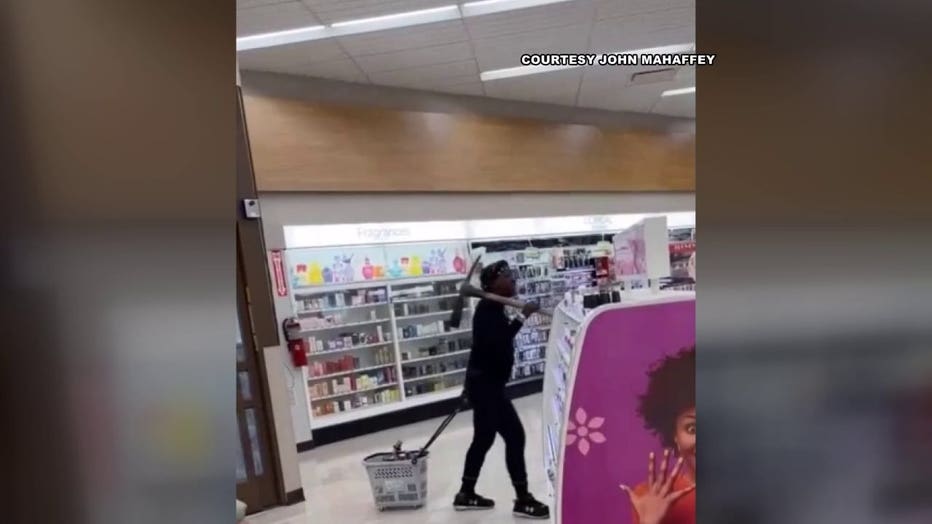 Detectives say she stole an unknown amount of merchandise from the Rite Aid.

She also allegedly threatened employees who tried to take her basket.

As of Thursday morning, police were still searching for the pickaxe-wielding suspect. No one was hurt in the bizarre incident.