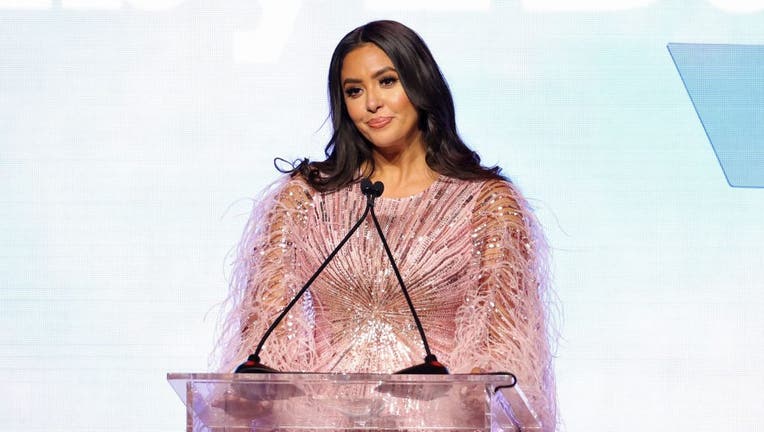 LOS ANGELES - Vanessa Bryant will be recognized as one of the leading women in sports at an event during Super Bowl week.

Bryant –- the widow of Kobe Bryant — will be honored at the third annual Sports Power Brunch: Celebrating the Most Powerful Women in Sports on Feb. 8 in Beverly Hills, California.

She will receive the "Be Your Own Champion Award" for her leadership through the Mamba & Mambacita Sports Foundation, the Sports Power Brunch organization said in a statement Tuesday.

The organization was founded to create a positive impact for underserved child athletes, in honor of her husband Kobe and daughter Gianna "Gigi" Bryant, who died in the helicopter crash that also killed seven others in 2020.

Just last week, a statue of Kobe and Gianna Bryant appeared at the site of the helicopter crash that killed the NBA legend and his daughter on the two-year anniversary of their untimely deaths.

Artist honors Kobe Bryant, other victims with a statue

Dan Medina found a unique way to pay respect to the legendary Laker and all the victims of the Calabasas helicopter crash.