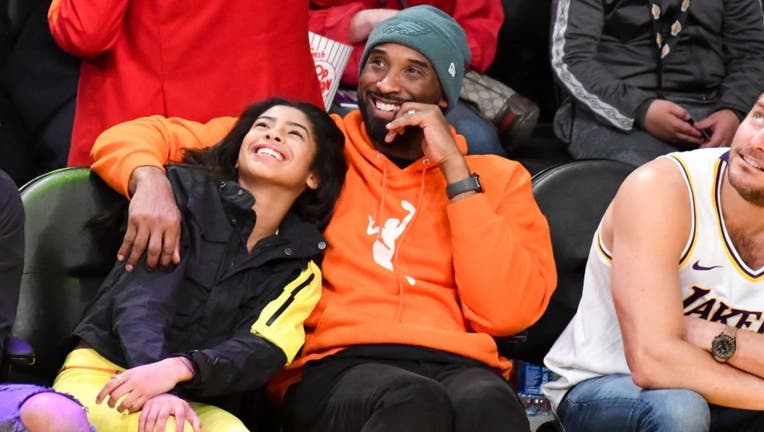 LOS ANGELES - On the court, there are extremely few NBA players who have ever matched the intensity that Kobe Bryant brought to the game. Laker Nation remembers him as the Black Mamba, a relentless competitor who played through injuries, intimidated his opponents – and sometimes his own teammates – and delivered for the Purple and Gold in clutch moments time after time.

Off the court, however, Bryant's persona could not have looked any more different. As Kobe and Vanessa Bryant had four children together – all girls – the Laker legend embraced his role as "Girl Dad" during and after his storied NBA career.

Vanessa and Kobe Bryant started dating when she was 17 and together, the couple became parents to Natalia, now 19, Gianna, aged 13, Bianka, now 6, and Capri, now 2.

During the girls' younger years, Natalia and Gianna were often spotted joining Vanessa in celebrating their father's on-court accomplishments. In 2008, the two girls were pictured joining their parents mid-court at Staples Center after Kobe was named the league's Most Valuable Player that season. 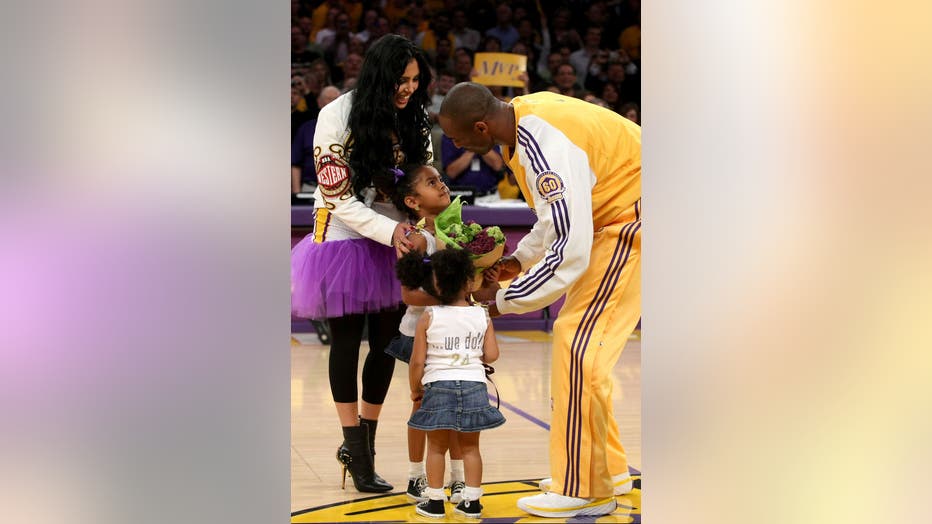 LOS ANGELES, CA - MAY 07: Kobe Bryant #24 of the Los Angeles Lakers is greeted by his wife, Vanessa, and daughters Natalia and Gianna, after receiving the MVP trophy before the start of Game Two of the Western Conference Semifinals against the Utah J

When the Los Angeles Lakers beat the Boston Celtics in Game 7 of the NBA Finals in 2010, the Bryant family was spotted celebrating the championship together. 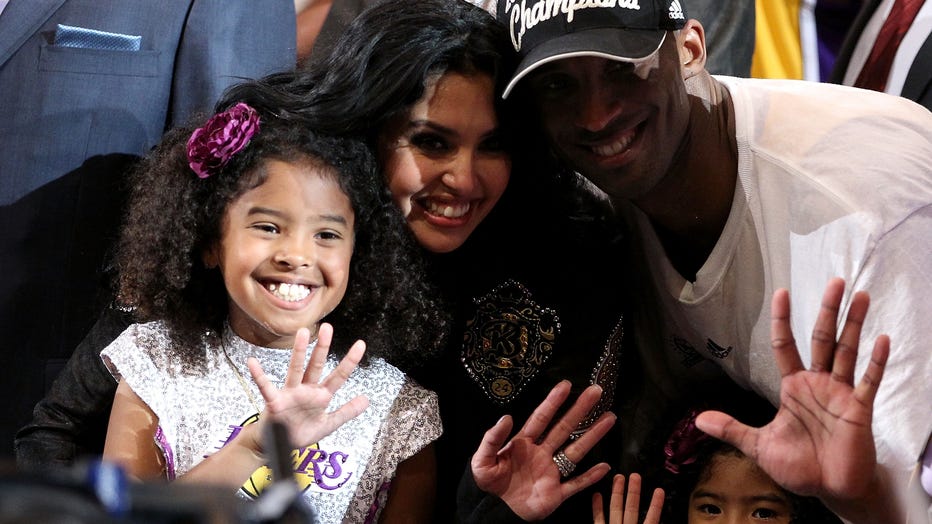 LOS ANGELES, CA - JUNE 17: Kobe Bryant #24 of the Los Angeles Lakers poses with his wife and daughters, left to right, Natalia, Vanessa and Gianna, after the Lakers defeated the Boston Celtics in Game Seven of the 2010 NBA Finals at Staples Center on

After Kobe retired from professional basketball in 2016, he shifted his Mamba Mentality from trying to figure out ways to beat 29 other NBA teams to helping his daughter Gianna get closer to achieving her longtime dream of playing for the UConn women's basketball team. 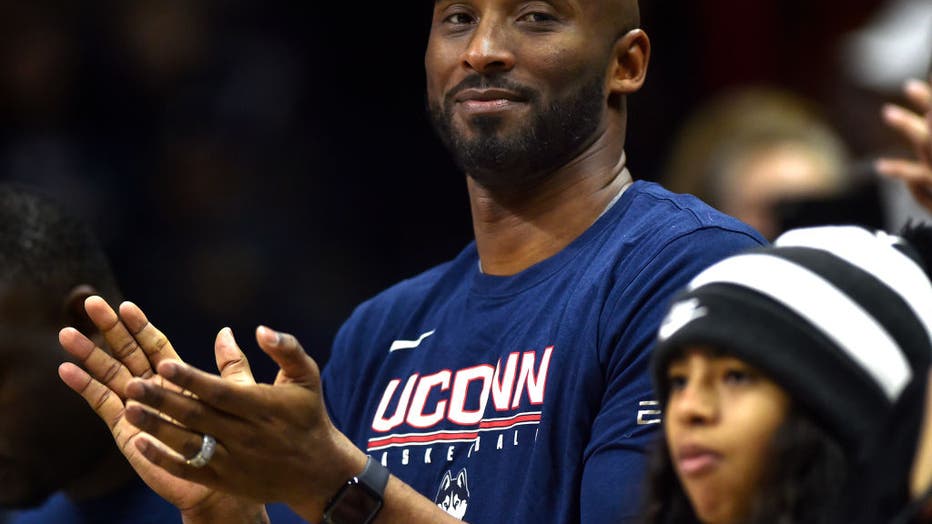 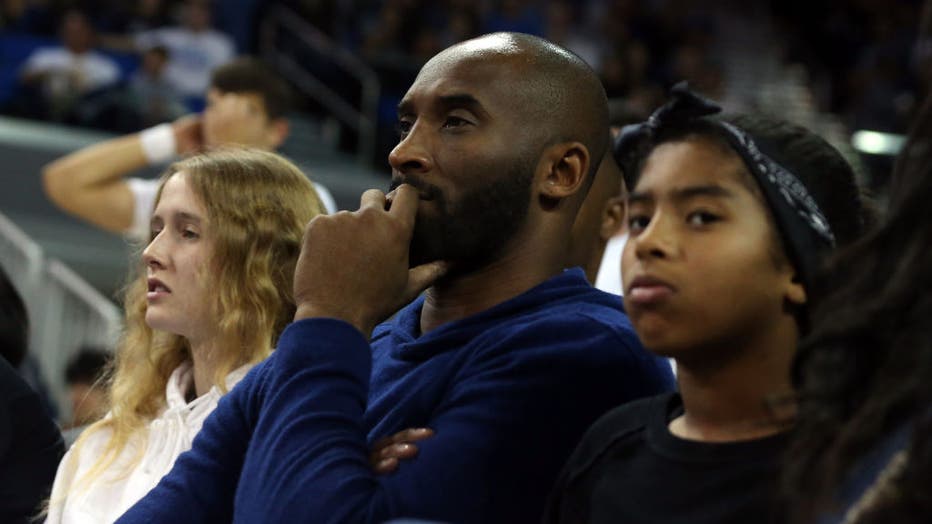 With Gianna's dreams of playing for a college hoops powerhouse in mind, Kobe often reached out to UConn's legendary coach Geno Auriemma for advice. During the celebration of life event for Kobe and Gianna, Auriemma recalled how Kobe used to reach out to the UConn head women's basketball coach for advice, showing the Black Mamba's dedication to help his teen daughter.

"So he would call and say, ‘What kind of defensive drills should I do? We have practice and I want to work on defense,’" Auriemma playfully recalled during the celebration of life event. "I say, ‘Kobe, they’re 13 years old. I think you ought to just say, 'Hey, you know, see the kid with the ball? Try not to let her go by you."

In that same eulogy, Auriemma recalled another signature dad moment from Kobe. The hall-of-fame coach shared a story about how during Gianna Bryant's basketball games, Kobe would go out of his way to make sure his daughter could have her own moment when was on the court and not make it about himself.

Auriemma added during his moving eulogy that Kobe Bryant conducted himself "the way a father is supposed to be."

Below is a clip of Auriemma's eulogy:

Shortly after the deadly helicopter crash, ESPN's Elle Duncan shared a moving story about her encounter with Kobe Bryant.

During a Jan. 2020 SportsCenter segment, Duncan recalled how when she met Bryant backstage during an event, the Laker legend reportedly noticed the sports anchor's baby bump and immediately struck an enthusiastic conversation about parenting. When Duncan told Bryant she was expecting a daughter, Bryant reportedly offered her a high five.

"Girls are the best," Duncan quoted Bryant, in part, during their light-hearted conversation. "And he said, ‘Just be grateful that you’ve been given that gift because girls are amazing.'"

Below is the clip of Duncan's moving story: