This is part of a weekly Freedom Rally that has been held at Beverly Gardens Park since late July.

However, today a suspicious device forced Beverly Hills police to move the large group. Police investigated what they say was a suspicious package that was found in the area. They quickly shut down Santa Monica Boulevard between Rodeo and Crescent drives. The bomb squad determined the area was safe at about 4:30 p.m. and reopened to traffic and protesters. 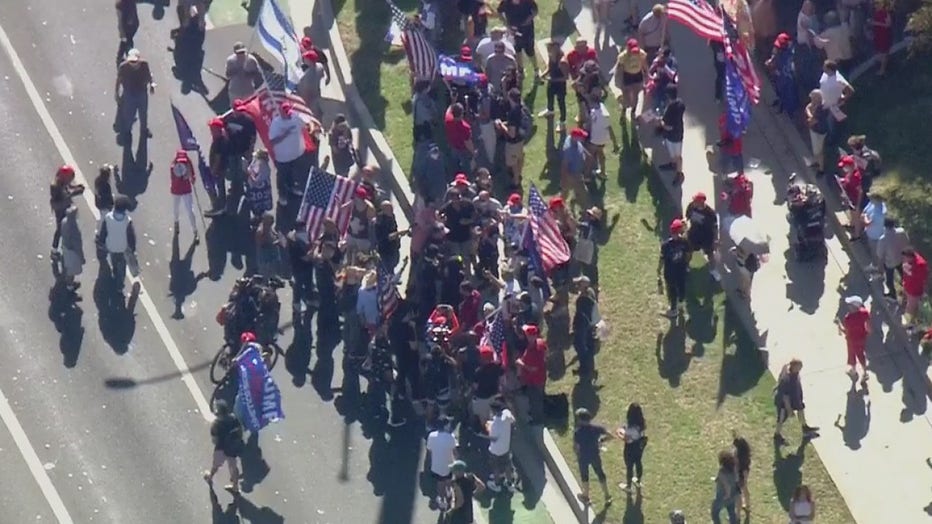 The exact nature of the package was not available.

Until that point, there had been no issues. There was a larger police presence today due to a confrontation that occurred last week between Make America
Great Again supporters and Black Lives Matter protesters.

Today, a handful of counter protesters managed to infiltrate into the group of Trump supporters; police had to step in to separate them.

An unlawful assembly was announced by police and the crowd quickly dispersed.

In comparison to last week, there were a lot less counter protesters but this time they came earlier so there was an order to disperse by police.