UCLA professor claims he is victim of cancel culture

A professor is suing UCLA after his email rejecting the students' request to grade Black students more leniently in the wake of the George Floyd death prompted an investigation.

When UCLA professor Gordon Klein received an email asking him to grade Black students more leniently than their classmates who aren't Black, his reaction was swift.

The request had been made in the wake of George Floyd’s murder. The non-Black UCLA student making the request suggested Floyd’s death had traumatized the African American students and it would affect their final exam.

Klein says the student told him, "That the emotion of watching the video of George Floyd, suffering as he died was such that Black students should be treated differently now."

Klein replied with an email asking, "Do you know the names of the classmates that are Black? How can I identify them since we’ve been having online classes only? Are there any students that may be of mixed parentage, such as half Black and half Asian? What do you suggest I do with respect to them? A full concession or just half?" 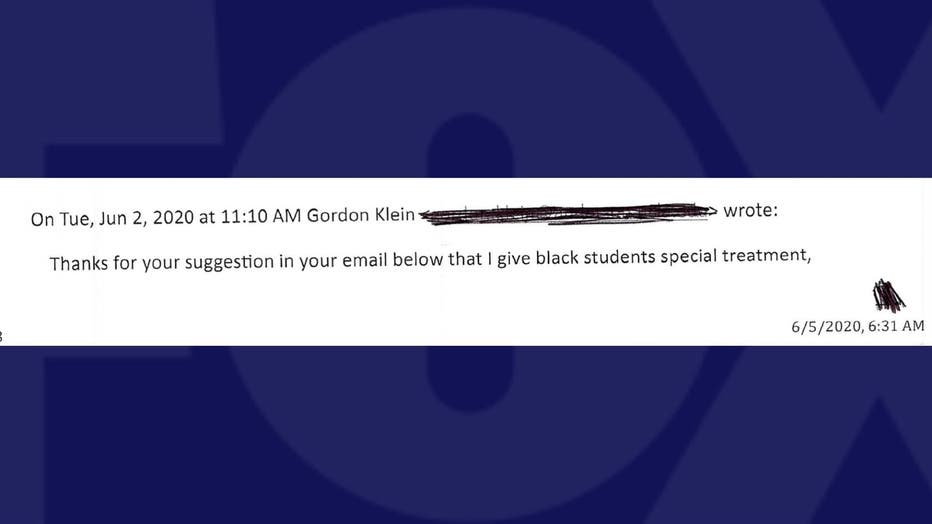 "I quoted Martin Luther King and my belief in a colorblind society. I admonished the student, perhaps somewhat emphatically and said he was disparaging his Black classmates, that wasn't appropriate," says Klein.

The student shared the professor’s email with friends. Someone reposted it on social media and it took a life of its own. Klein started receiving insults and threats. It led to a petition to fire the longtime UCLA professor.

He couldn’t believe it.

"The word shocked and stunned doesn't begin to describe it," says Klein.

For the first time in his nearly 40 years at the UCLA Anderson School of Management, Klein found himself in trouble.

The school sent out a tweet that says in part:

"It is deeply disturbing to learn of this email, which we are investigating. We apologize to the student who received it and to all those who have been as upset and offended by it as we are ourselves." 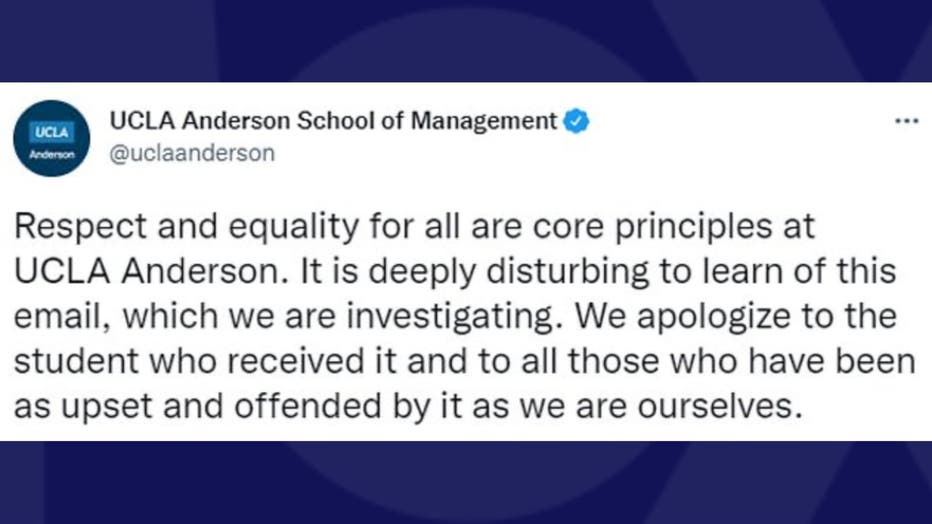 Klein was furious the school took such a position.

He says, "The university decided to step in and say, ‘Ah, we seem to have ourselves a closet racist here. Let's go ahead as a PR move, go ahead and disparage this powerless man,’ me, and show just how committed we are to the racial justice cause."

UCLA suspended Klein. Three weeks later, he was reinstated but Klein claims Dean Antonio Bernardo sent out a damaging email an hour after he was allowed to return to class.

"He strongly implied I was still under investigation. The wheels of justice move slowly. He knew secret facts that nobody else knew, and they'd eventually get me. He did that to continue to destroy my professional reputation. It was malicious, and it was outrageous," says Klein.

Nearly four months later, Klein has filed a lawsuit. We reached out UCLA and Dean Antonio Bernardo. This statement was issued:

"Due to confidentiality and privacy laws and concerns, we are unable to comment on this matter at this time. However, we can share that the university has general procedures and principles that uphold freedom of expression and freedom of intellectual inquiry while also facilitating a learning, working, and living environment that is free from discrimination, harassment or retaliation."

He says, "I believe in academic freedom, I believe in freedom of speech, and I'll be damned if I let people engage in cancel culture and do this to somebody other than me, who doesn’t, maybe have my legal background and my fortitude to pursue principle."