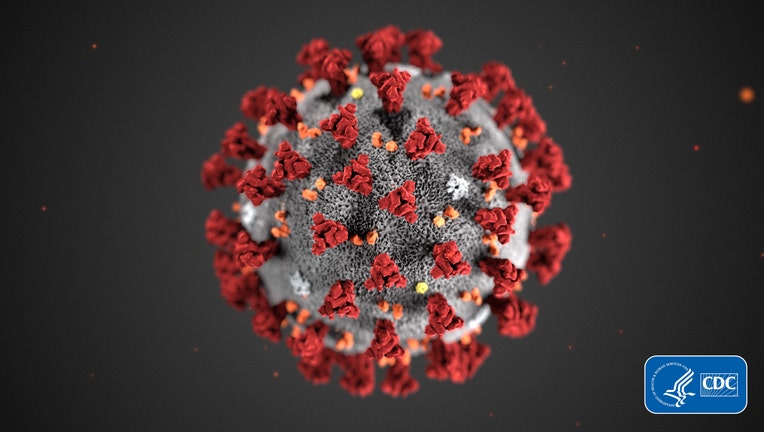 This illustration, created at the Centers for Disease Control and Prevention (CDC), reveals ultrastructural morphology exhibited by coronaviruses, including the novel coronavirus identified as the cause of an outbreak of respiratory illness first det (Photo by Smith Collection/Gado/Getty Images)

LOS ANGELES - Two more Los Angeles residents have died from COVID-19, and an additional 59 people in the county have tested positive for the disease, bringing the total to four deaths and 351 people infected, according to the Los Angeles County Department of Public Health.

Both fatal victims were over the age of 65 and had underlying health conditions, health officials said Saturday. One resided in Del Rey, the other in Miracle Mile, the department reported.

As of Saturday night, 69 positive cases have been hospitalized.

Earlier Saturday, Public Health issued an enhanced health officer order to reconcile elements in the March 19 order necessary to be consistent with the governor's order. The enhanced order prohibits all gatherings and events, and clarifies that golf courses and personal grooming services -- including hair and nail salons -- are nonessential services and are closed.

The order can be found on the Public Health wesbite.

"The risk is spread across everybody who lives here in Los Angeles County,'' said Dr. Barbara Ferrer, head of county health. "Younger people, while they may have a better outcome (from an infection) ... are in fact one of the largest groups of people that we have tested who are positive for COVID-
19.''

Health officials have stressed since the outbreak began that while older people, those with underlying health conditions and pregnant women can suffer more severe consequences from contracting coronavirus, the threat of being diagnosed with the illness is spread across all age groups. And while
younger patients may suffer lesser symptoms, they can still spread the illness to people who may become more severely ill.

Statewide, the number of cases topped 1,000 on Friday, with the California Department of Public Health putting the number at 1,006, including 19 deaths. Gov. Gavin Newsom warned Thursday that the number of California cases is likely to skyrocket in the coming weeks, with the state projecting the
possibility of 25.5 million cases -- roughly 56% of the population -- within two months.

The ominous figures prompted state and local officials on Thursday to issue stern warnings for residents to remain indoors as much as possible.

Los Angeles County issued a "Safer At Home'' order, which officials insisted was a step below a lockdown or shelter-in-place requirement. But the order calls on residents to stay home as much as possible, leaving only for essential needs such as picking up food, groceries or medications. The order
calls for nonessential retail stores to close their doors, and for residents to work at home whenever possible.

The order does not require people to remain indoors, but it prohibits gatherings of 10 people or more -- and even in such gatherings, people must maintain a safe distance from each other. Residents are still free to go outside for walks, hikes or bike rides, but not in large groups.

"All businesses, including museums, malls, retail stores, for-profit companies and nonprofit organizations must stop operations that require workers to be present in person,'' Los Angeles Mayor Eric Garcetti said. "And no public and private gatherings of any size that would occur outside of a single home will be allowed, with clear exceptions.

"I want to be clear about this, that the only time you should leave your home is for essential activities and needs -- to get food, care for a relative or friend or a child, get necessary healthcare, go for a walk in the neighborhood,'' he said. "... I think there's been terrible terms out there, like lockdown. Nobody is locked down. We encourage you not to be locked down. This is not shelter-in-place like a school shooting. This is stay at home. Because you're safer at home. The only people who should be leaving home and going out are those whose jobs are critical to the safety, the health and security of the city, as well as the economy of recovery for us and the nation during this crisis.''