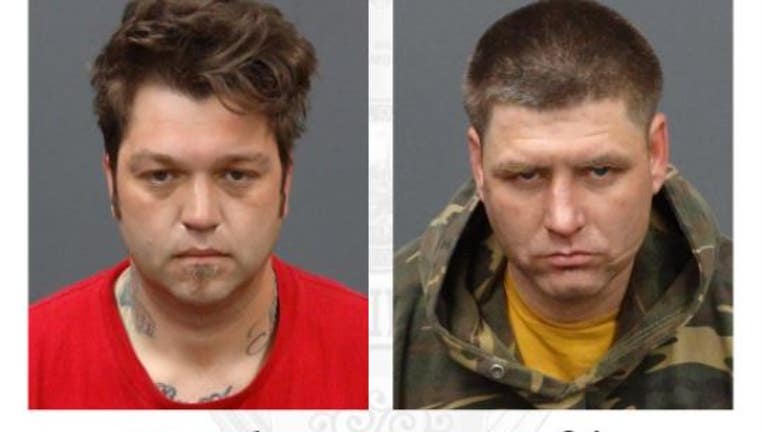 WEST COVINA, Cali. - Two men were arrested for allegedly snatching an ATM machine in West Covina with the use of chains and a flatbed truck.

"Officers arrived to the scene and immediately noticed that one stand-alone ATM was missing,'' Alexus Napoles of the West Covina Police Department said Sunday. "Officers were able to follow a debris field and locate the stolen ATM and the commercial flatbed truck used.''

Police were dispatched at 1:34 a.m. to the area of Azusa Avenue Rowland Avenue and eventually tracked the debris field to a local residential area, Napoles said.

"While continuing to search the area, officers located a getaway vehicle, occupied by two suspects, and attempted to stop it,'' she said. "However, the vehicle failed to yield and a short pursuit was initiated.''

The chase ended in the area of South Duggan Avenue, in Azusa, where the vehicle collided into a fence. The driver and passenger fled on foot, but were quickly located and taken into custody, officials said. The ATM and all currency was recovered.

San Bernardino residents Charles Fettel, 35, and Raymond Loftin, 36, were arrested on suspicion of burglary and grand theft. Fettel was being held in lieu of $75,000 bail and Loftin was being held on a no-bail warrant.