The city of Burbank placed padlocks on the door of Tinhorn Flats after the restaurant remained open in defiance of a temporary restraining order.

BURBANK, Calif. - Tinhorn Flats, the Burbank saloon and restaurant that gained notoriety in Southern California for defying COVID-19 restrictions numerous times, has been evicted by the property owner.

According to a press release from the City of Burbank, the Los Angeles County Sheriff's Department turned over possession of Tinhorn Flats' building to the property owner, Isabelle Lepejian, as "the last step in the eviction process she initiated" against the business. 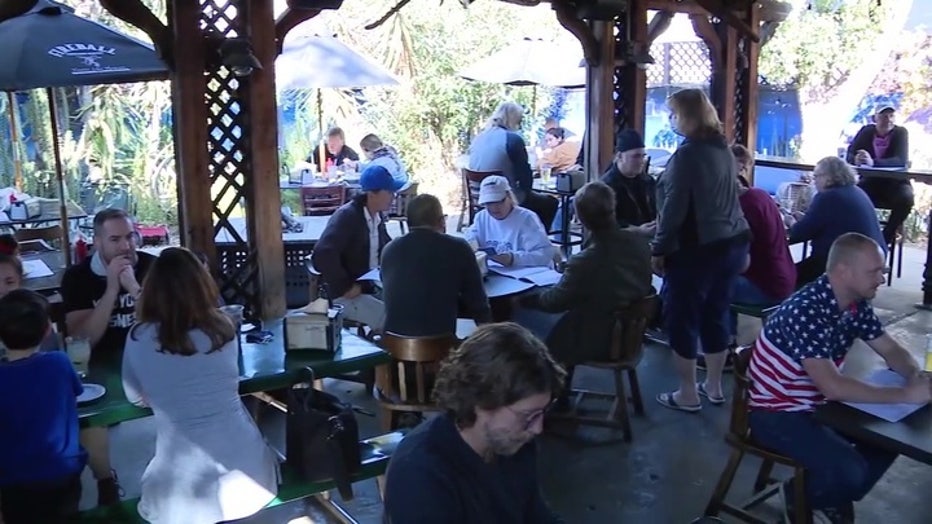 Tuesday's development comes as other businesses across California celebrate the end of most COVID-19 restrictions.

Up until Tuesday's eviction update, Tinhorn Flats was relentless in sticking it to authorities and health officials by keeping the business open despite stay-at-home orders and court orders being in effect.

Months prior to the business' eviction, a Los Angeles Superior Court signed off on the city’s ability to shut off electricity for defying the health orders that were in place. On March 8, the court also issued a temporary restraining order and required that it could not reopen without a County health permit and city conditional use permit.

On top of the aforementioned court orders, Tinhorn Flats had also lost its permit in February. Despite all this, co-owners of Tinhorn Flats, including Isabelle's son Lucas Lepejian, continued to defy orders by keeping the business open.