The families of a 9-year-old Wisconsin girl and an 8-year-old Texas girl have filed wrongful death lawsuits against TikTok, claiming their daughters died after participating in TikTok challenges.

For years, TikTok has been harshly criticized by lawmakers, experts and commentators for its data collection purposes. Another area of concern, though, is gaining increased traction: Whether the Chinese government is manipulating the TikTok algorithm in order to achieve its geopolitical goals in the United States.

As evidence of this, reports have pointed to the difference between what videos are shown to users in the United States, and what is commonly seen on Douyin, a TikTok-like app in China, also owned by parent company ByteDance.

"The way China is handling it is so different than America," podcast host Joe Rogan said earlier this year. "China’s version of TikTok celebrates academic achievements and athletic achievements. It’s all science projects. All these different fascinating things."

Exactly how much control the Chinese government may have over the TikTok algorithm is impossible to know, but several examples point to at least some control, experts warned.

"There are two sins that TikTok commits. One of them we focus on… that China has been using TikTok to surreptitiously and illegally obtain information of Americans," Gordon Chang, author of The Coming Collapse of China, told Fox News Digital. "But the other thing that we don't focus on as much is that Beijing wants to control the algorithm because it wants to use TikTok to propagate its narratives. And it's been very clear about that."

TIKTOK ADDICTION: EXPERTS WEIGH IN ON THE SOCIAL MEDIA CRAZE AND WHAT'S BEHIND THE APP'S ‘MASSIVE’ INFLUENCE 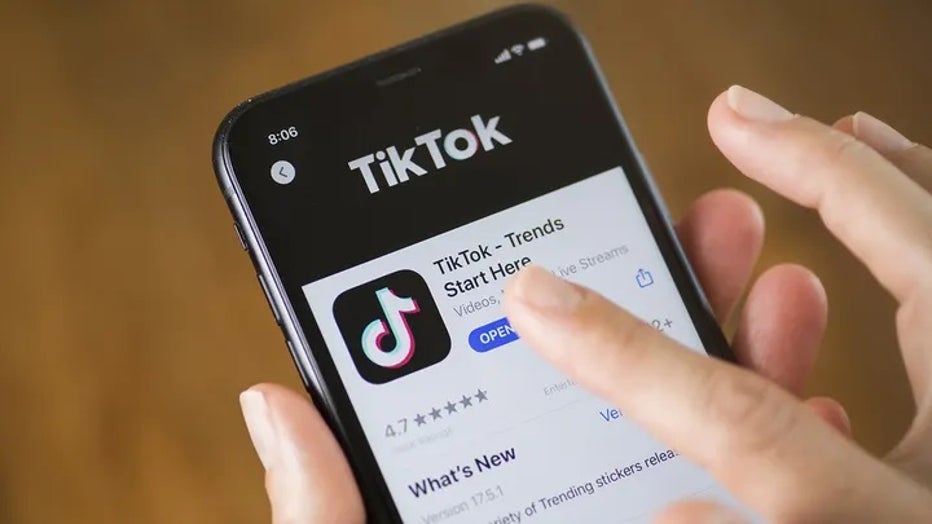 The artificial intelligence in the TikTok algorithm, Chang said, has allowed China to control public opinion.

"It knows what you want, and it also knows what you don’t want," he said. "And because of that, China has been using TikTok to propagate its narrative… TikTok is one of the items that the Communist Party uses to manipulate public opinion in the United States."

This was seen during the early days of Russia’s invasion of Ukraine, when TikTok was accused of spreading Russian disinformation. In March, TikTok suspended livestreaming and uploading of new content by Russian users, a move it said was in response to Russia’s new "fake news" law. Tracking Exposed, an organization which investigates algorithms, said the move went "above and beyond what's required by the Russian "fake news" law."

This shows that "TikTok is a propaganda outlet, which is the reason why it's so important for China," Chang said.

Further evidence of Chinese control of the U.S. TikTok algorithm is an analysis of the kinds of things that trend in the United States, Chuck Flint, who formerly served as Chief of Staff to Sen. Marsha Blackburn, R-Tenn., told Fox News Digital.

"To me, the biggest difference when it comes to the two apps and the algorithms is to just look at the type of content that goes viral," Flint said, pointing to trends like the Kia car theft challenge, which encouraged users to steal Kia or Hyundai cars, and the blackout challenge, which resulted in multiple deaths. 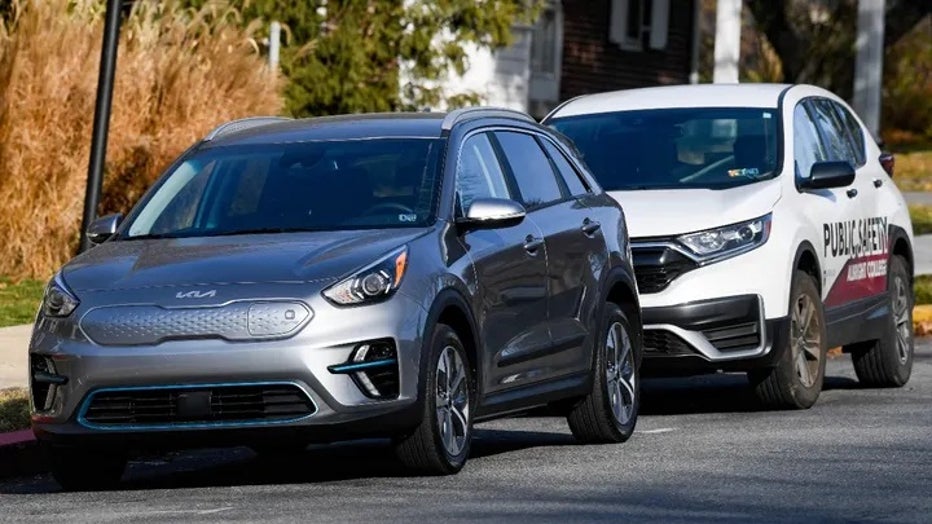 Police are warning about a new challenge on TikTok teaching people how to steal Kia and Hyundai cars. (Ben Hasty/MediaNews Group/Reading Eagle)

"You don't see any type of content like that going viral in China, and it's because of the algorithm and how it's used," Flint said. "In China, Douyin is more of an e-commerce platform, and it's also much more controlled. They're not going to let something like that go viral in China, but they could if they wanted to."

Flint added that dangerous challenges like these are sent specifically to users who are susceptible to them, based on the TikTok algorithm.

And while the algorithm for TikTok and other social media apps are designed to give users exactly what they what, the underlying truth is they can be manipulated, according to former Google consultant Joe Toscano. He was featured in the Netflix documentary "The Social Dilemma."

"TikTok has made a version for China that has specific intentions, and obviously that is dictated by the People's Republic. But in the United States, it can also be manipulated, and probably it is," he told Fox News Digital. 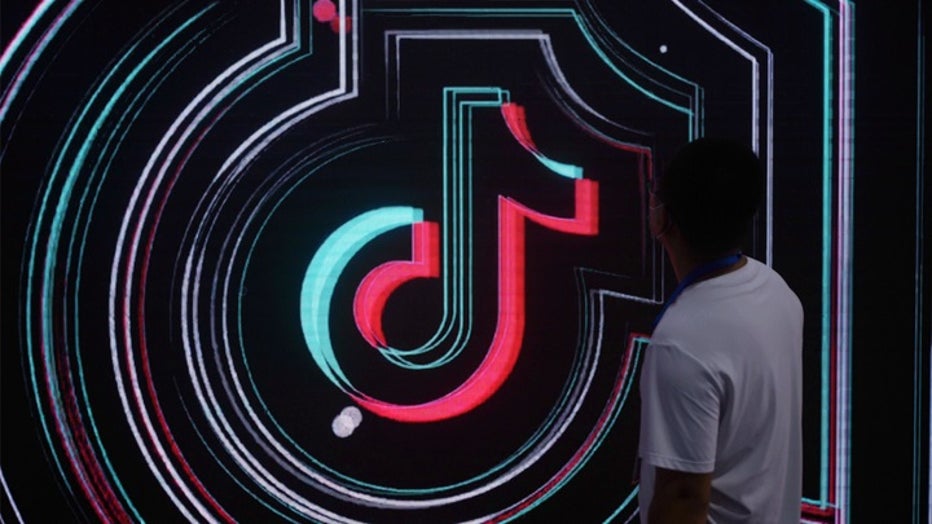 "TikTok in the United States promotes drug use, promotes all sorts of things Beijing wants Americans to believe, where in China it’s much different," Chang added, specifying that the Chinese version, Douyin, is used to enforce social control over Chinese citizens.

The algorithm data in China is required to be shared with the government. In August, 30 Chinese tech giants, including ByteDance and Douyin, were forced to hand over their algorithms to the Cyberspace Administration of China.

"Isn't it ironic that the car theft challenge that was allowed to go viral on TikTok involves Kia and Hyundai, which are South Korean companies?" he added. 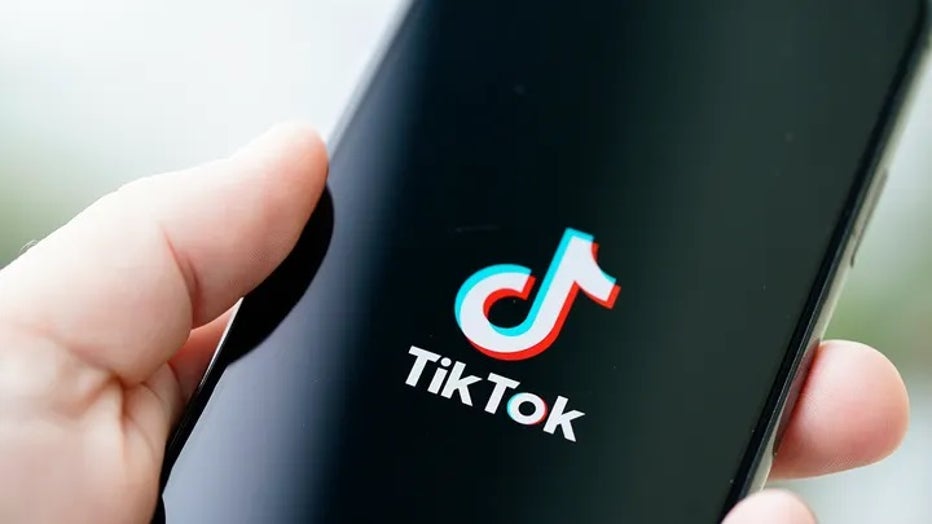 But, despite this speculation, Sen. Mark Warner, D-Va., said ultimately we "don’t know" exactly what control the Chinese government has over the TikTok algorithm.

"We do know that the ByteDance type applications to China… there’s Communist party propaganda built into that application in China. And the idea that the CCP would not use that same tool to indirectly get at entities in America or, for that matter, around the world. … If they’ve got that tool, they will put it to use," Warner said.

This law means that whether it wanted to or not, TikTok would be required to comply with Chinese government directives, Rep. Raja Krishnamoorthi, D-Ill., told Fox News Digital.

"[TikTok] is owned by ByteDance, which is a Chinese company, and ByteDance is obligated to operate under Chinese law," he said, noting that part of this cooperation would mean that ByteDance or TikTok could not reveal any cooperation with the Chinese government.

"At the end of the day, any company that is operating in China essentially falls under the full rules and regulations and understanding that is very different than that in our culture and our economy as it relates to its relationship with the government," Heritage Foundation research fellow Dustin Carmack said.

In response to concerns about Chinese control of the TikTok algorithm, in August, Oracle began "regular vetting and validation" to ensure the algorithm had not been influenced, Axios reported.

The ultimate goal of any potential algorithm manipulation is unclear, experts warned, advising that TikTok users should be cautious regardless.

"We don’t know exactly what the algorithm was built to dispense to us," Toscano said, adding that algorithms are often built to give people what they what.

"But who decides what I want?" he asked, noting that in China it is the Communist party deciding what their citizens can, and cannot, see. "Ultimately, the question is what do we want and is [the TikTok algorithm] actually giving us what we want or is there an ulterior motive?"

"We will never know," he said. 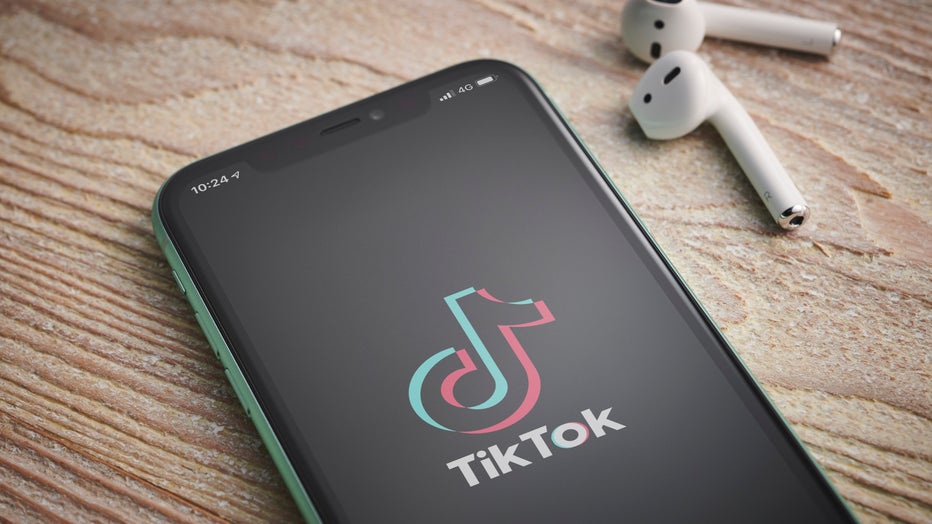 Chuck Flint said TikTok, in a subtle way, is "a way for [the Chinese government] to export communism."

"This is how I think of TikTok: They're like a digital [People’s Liberation Army], and that's how China fights," he said.

The algorithm is not the only element of TikTok’s relationship with the Chinese government that has come under scrutiny since the app was launched. In 2020, then-President Trump signed executive orders which in essence banned the use of TikTok in the United States, and ordered ByteDance to sell its U.S. operations. While the potential sale ultimately fell through when Trump left office, the Biden administration continues to work with the tech giant on an agreement that would allow it to continue operating in the United States.

"We have known that China has been collecting data on Americans for, literally, years," Warner said, specifying that China was behind the Office of Personnel Management and Equifax hacks in recent years.

"We do know that China is collecting this data, candidly to help them with artificial intelligence utilization at some point in the future," Warner added. "This all becomes, in a world of AI where he who has the most data could potentially win, China already has the… most enormous data collection services with the Chinese people, but they’re also looking to collect that data around the balance of the world."

"If people just want to watch TikTok dance videos, it’s hard to prevent that from happening. But unfortunately, TikTok is an app with those backdoor opportunities for the Chinese Communist Party to collect on individuals, and that’s what we have to be really concerned about," Krishnamoorthi added.

How that data is used, Krishnamoorthi said, is an "open question."

"I tell people you have to assume the worst in these situations, and given the national intelligence law in China, you cannot avoid the conclusion that the Chinese Communist Party, if it wanted to, could easily access data on our phones in the U.S," he said.

Warner noted his work across the aisle with Sen. Marco Rubio, R-Fla., to address concerns with TikTok's activities.

"It concerns me from an intelligence standpoint, making sure that China doesn’t have access to information they can use… to blackmail or take advantage of Americans data," he said. "It concerns me from future technology development, as we think about the possible uses of artificial intelligence. And it concerns me as a parent, that a lot of young kids may be… potentially exposing themselves… if I had kids that age, I would put real restrictions on any kind of utilization."