An 86-year-old woman is dead and her husband in critical condition after a pursuit suspect crashed into their Baldwin Hills house.

BALDWIN HILLS, Calif. - A 26-year-old man is in custody after he rear-ended a police car, sped away and plowed his SUV into a Baldwin Hills home, killing an 86-year-old woman and leaving a man in critical condition.

About five minutes earlier, officers in a marked patrol car were rear-ended by an SUV at Hobart and Martin Luther King Jr. boulevards, police said. 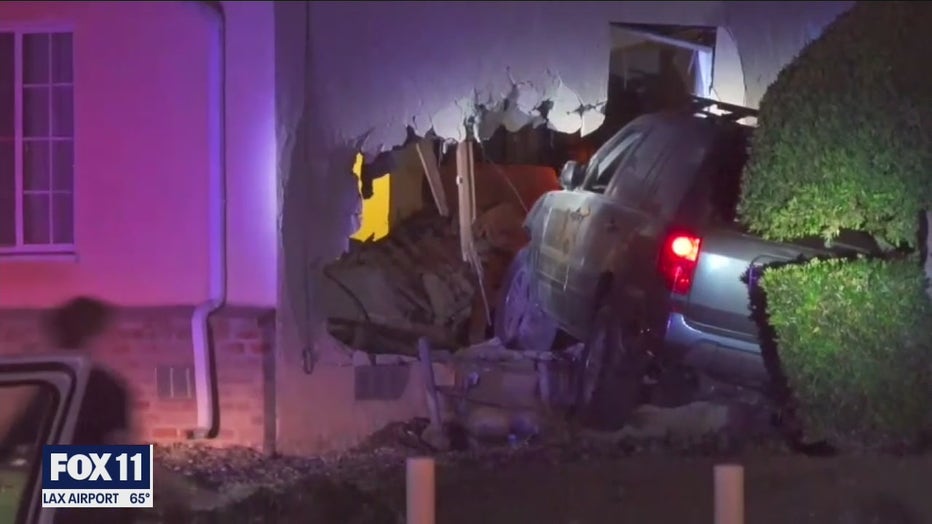 When the officers exited their patrol car and began to approach the SUV, it sped away northbound on Western Avenue from MLK Boulevard, the Los Angeles Police Department reported.

During the subsequent pursuit, the SUV went westbound on 39th Street, approached Buckingham Road and tried to make a southbound turn, where it drove off the roadway and crashed into the northeast corner of a residence, trapping two elderly victims.

Aida Villavicencio, 86, was pronounced dead at the scene; a second victim, a man, was rushed to an area hospital in critical condition with head trauma. 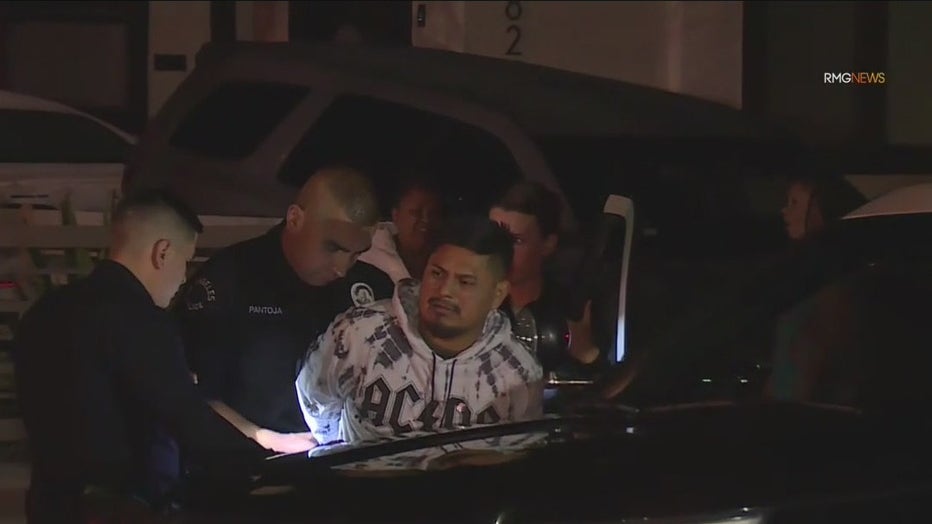 The SUV driver, 26-year-old Eliseo Ixchopcalel, was taken to a hospital with non-life-threatening injuries. He was arrested on suspicion of gross vehicular manslaughter.

The police officers suffered minor injuries but declined to be taken to a hospital.