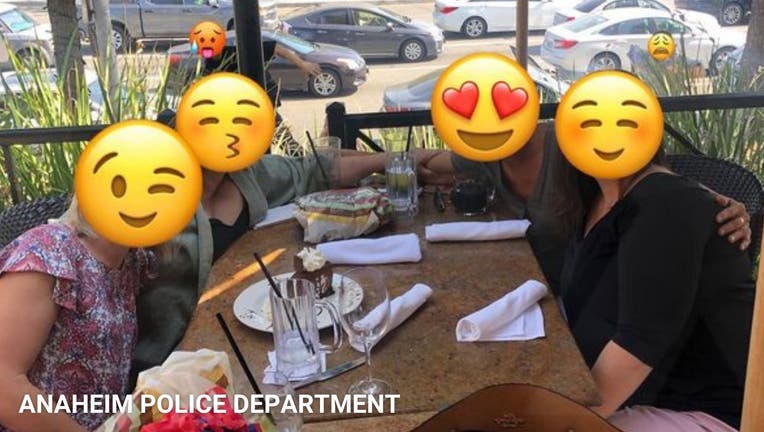 ANAHEIM, Calif. - A group of armed suspects led police on a car chase and then tried their luck on foot across Anaheim.

But not before photobombing a group of friends hanging out during lunch.

The Anaheim Police Department shared photos of the bizarre occurrence on social media on Wednesday.

While viewers can now laugh at the chase that ultimately ended in an arrest, the chase almost took a dangerous turn as the suspects were armed during the earlier parts of the chase.

The chase suspects got rid of their gun and the car before they photobombed the restaurant photo, Anaheim PD said on social media. And thankfully, the gun and the car were both recovered by police.