A 28-year-old mother of four is fighting for her life after police said Friday she was intentionally hit by a suspected DUI driver in San Bernardino.

SAN BERNARDINO,Calif. - A 28-year-old mother of four is fighting for her life after police said Friday she was intentionally hit by a suspected DUI driver in broad daylight in San Bernardino. The horrific crime was caught on camera.

The victim was identified by family members as Marlen Benitez.

According to the San Bernardino Police Department, the incident occurred at 3:19 p.m. Tuesday in a parking lot located in the 4200 block of East Highland Street.

Benitez was working behind her fruit cart when the suspect’s black SUV plowed right into her, SBPD said. Benitez was left severely injured.

SBPD believes the driver was under the influence of aerosol sprays after investigators discovered several empty cans in his SUV. He was arrested for felony assault and DUI.

The victim's family told FOX 11’s Gigi Graciette she had recently purchased her fruit cart and was proud she was able to work for herself in order to provide for her family. 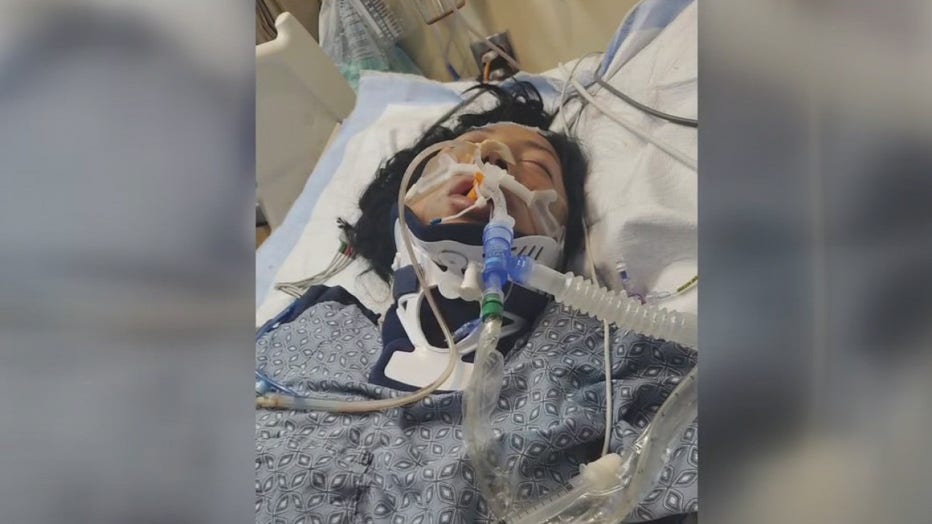 Marlen Benitez continues to fight for her life after she was struck by a suspected DUI driver. (Courtesy: Benitez Family)

A GoFundMe has been set up to help cover her medical expenses.

The suspect’s name has not been released by police.