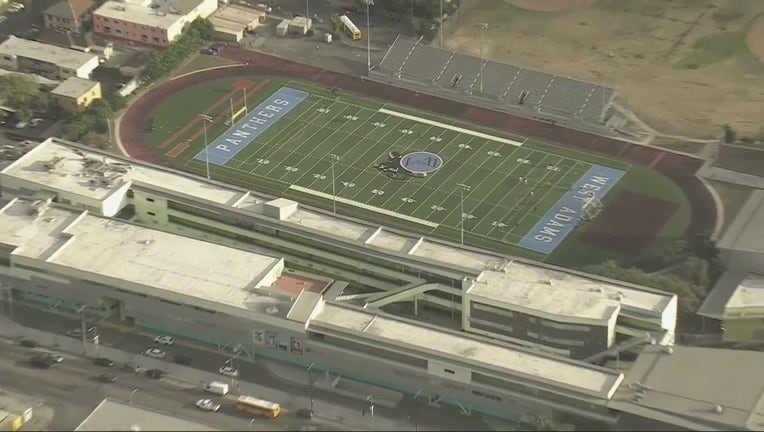 LOS ANGELES - A student was transported to the hospital Friday afternoon after being stabbed near West Adams High School in the Pico-Union area.

The stabbing occurred during a fight with the suspect some time before 4 p.m. near the intersection of W. Washington Blvd. and S. Vermont Ave.

Los Angeles School Police Department officers found the victim suffering from at least one stab wound at the scene; he was taken to a hospital in unknown condition.

The suspect, who fled the scene before authorities arrived, was described only as a male, 15 to 16 years old.