Stretch of Griffith Park Drive to permanently close to cars

Griffith Park Drive from Travel Town to the Griffith Park Composting Facility has been closed since June, following community outcry from the death of Andrew Jelmert, a 77-year-old cyclist who was struck and killed by a driver in April.

LOS ANGELES - A stretch of Griffith Park Drive will be permanently closed to cars after the Board of Recreation and Parks Commission voted Thursday to extend the temporary closure of the roadway indefinitely.

Griffith Park Drive from Travel Town to the Griffith Park Composting Facility has been closed since June, following community outcry from the death of Andrew Jelmert, a 77-year-old cyclist who was struck and killed by a driver on Crystal Springs Drive in April.

City Councilwoman Nithya Raman, whose district includes Griffith Park, said in a statement Thursday that her office worked with the Department of Recreation and Parks at "lightning speed to make this closure along Griffith Park Drive a reality, and we have been overwhelmed with the outpouring of support from the community."

Family, friends and teammates gathered in Griffith Park Wednesday night to honor Andrew Jelmert who was killed while cycling over the last weekend.

"This is the start of a series of transit improvements our office is facilitating throughout Griffith Park, to ensure the park is a safe and welcoming place for all who use it," Raman added.

Many commuters use Griffith Park Drive as an alternate route to the 5 and 134 freeways, according to a report by the commission. This has "created unsafe conditions for cyclists, equestrians, hikers, pedestrians, other park visitors and wildlife." 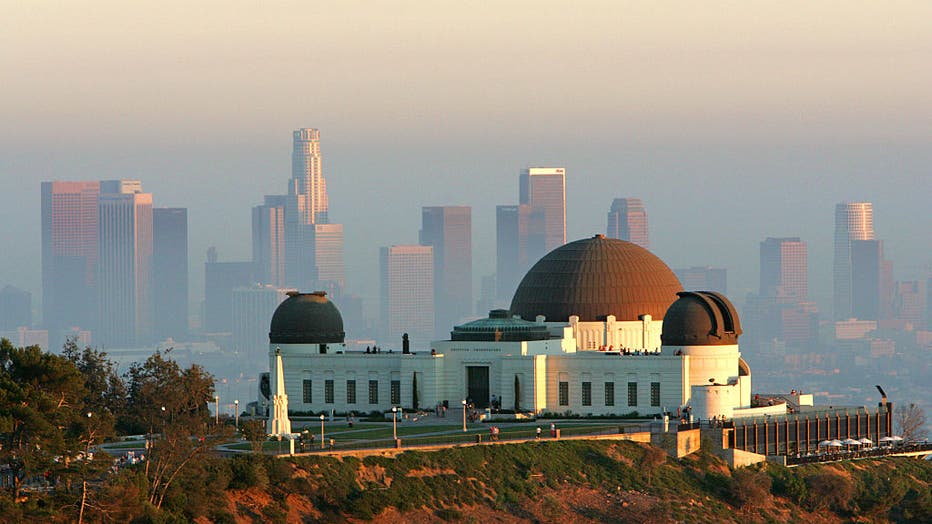 The road's closure eliminated access to that route, keeping approximately 1,950 vehicles off Griffith Park Drive on weekdays and 2,000 vehicles on weekend days. The closure is the first in a list of recommendations from the Griffith Park Safety and Mobility Feasibility Study.

"Safety in our parks is at the forefront of our department's mission, and we will continue our commitment to improve mobility to and within Griffith Park," said Jimmy Kim, general manager of the Department of Recreation and Parks.

"At a minimum, our parks must prioritize the well-being of people who visit for a peaceful walk or bicycle ride without fearing for their lives," Kaufman said. "The decision to reduce the number of vehicles speeding through the park is a good step toward preventing the next needless traffic violence tragedy. After all, Griffith Park is for the community, not the commute."

Raman and Assemblywoman Laura Friedman, D-Burbank, will hold a community event in Griffith Park on Friday to celebrate the road's closure.