Steven Tyler's accuser Julia Holcomb, who now goes by Julia Misley, addressed her allegations that the Aerosmith frontman sexually assaulted her when she was 16 years old in 1973.

The 65-year-old filed a lawsuit for sexual assault, sexual battery and intentional infliction of emotional distress, according to court documents obtained by Rolling Stone in a report published Thursday.

In a statement obtained by Fox News Digital, Holcomb, who is represented by Los Angeles-based attorney Jeff Anderson, explained that she was taking legal action at this time due to California legislation, which temporarily lifted the statute of limitations for victims of childhood sexual abuse to file lawsuits against their abusers.

"My name is Julia Misley, formerly Julia Holcomb. I am making this statement because, at the age of 65, I have discovered that through a recent change in the law, I have a new opportunity to take legal action against those that abused me in my youth," she said.

Holcomb continued, "I want this action to expose an industry that protects celebrity offenders, to cleanse and hold accountable an industry that both exploited and allowed me to be exploited for years, along with so many other naïve and vulnerable kids and adults. 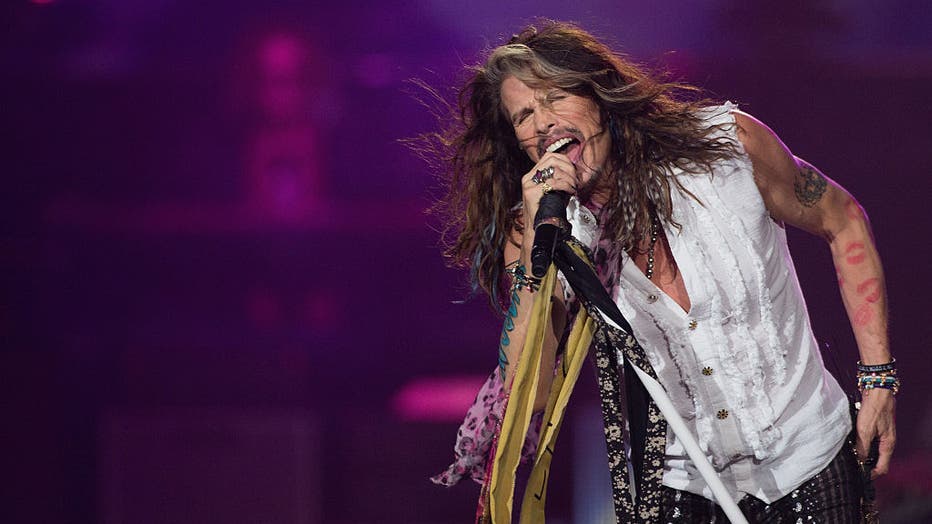 "Because I know that I am not the only one who suffered abuse in the music industry, I feel it is time for me to take this stand and bring this action, to speak up and stand in solidarity with the other survivors."

"I hope that from this action, we can make the music industry safer, expose the predators in it, and expose those forces in the industry that have both enabled and created a culture of permissiveness and self-protection of themselves and the celebrity offenders among them," Holcomb stated.

"The complaint that has been prepared by my legal team recites in legal terms the trajectory of my life from early struggles to exploitation by Steven Tyler, the music industry, my escape from that world, my recovery and transformation, my restoration of spirit through faith, the building of a family and the rebuilding of my life," she continued.

"The complaint also recites how Tyler, for profit and more fame, retraumatized me and my family. I am grateful for this new opportunity to take action and be heard.

"My own recovery came through my Catholic faith. For years, I have watched Jeff Anderson and his firm make a difference in creating a safer place in the Roman Catholic Church and in faith communities across this country.

"I have been able to see how things within the Church have improved because of those legal efforts. I recently learned that the law in California opened a window of opportunity for me and other survivors to bring action and to have our voices heard in a way we hadn’t before and that led me to Jeff Anderson and his team.

"I believe that together we can make a difference, my voice can be heard and become a part of the cleansing of an industry that needs to be both exposed and held accountable."

"I am publicly releasing this statement with the intention of making no further statements or interviews," Holcomb concluded.

Tyler did not respond to Fox News Digital's immediate request for comment at the time of publication.