ANAHEIM, Calif. - Plans to sell and develop property at Angel Stadium violates the Surplus Land Act and its requirements for encouraging lower-income housing, California housing authorities told Anaheim city leaders, despite a proposal to add more affordable housing elsewhere in the city within a decade. 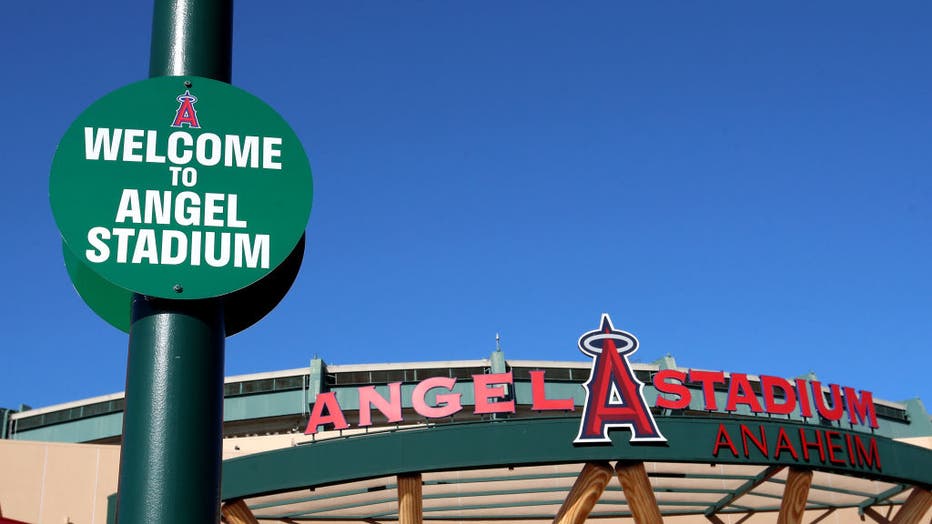 ANAHEIM, CALIFORNIA - APRIL 02: A general view of a sign that reads "Welcome to Angel Stadium" before the game between the Los Angeles Angels and the Chicago White Sox at Angel Stadium of Anaheim on April 02, 2021 in Anaheim, California. (Photo by Ka

The state Department of Housing and Community Development issued the notice in a letter to city attorneys last week, Anaheim spokesman Mike Lyster said, according to a report Wednesday in the Orange County Register.

The state agency planned to send an official notice of violation to the city Wednesday morning, the Register reported Megan Kirkeby, the Housing and Community Development deputy director of housing policy development, said.

According to the Register, Kirkeby said the agency will give the city three options to come in compliance with the law in the next 60 days. They include: declaring the land surplus and providing notice to affordable housing developers, or making 80% of the land available for housing and offering 40% of the units as affordable.

Lyster told the Register the city wants to pursue the opportunity to keep talking with the state agency to address concerns that selling the stadium property to SRB Management, a business partnership of Angels owner Arte Moreno, without first soliciting proposals from affordable housing developers runs contrary to the Surplus Land Act.

"We are disappointed but we are focusing on positive input we have received about our efforts and an open door for continued discussions," he told the Register.

State housing officials began examining the sales of the Angel Stadium property last fall, and in April, they issued a preliminary finding that the state law to promote affordable housing had likely been violated.

The December 2019 sales deal with SRB Management included plans to develop restaurants, shops, offices, hotels, homes and a new or renovated stadium in exchange for $150 million in cash to the city and another $170 million in community benefits, including affordable housing and a public park, the Register reported.