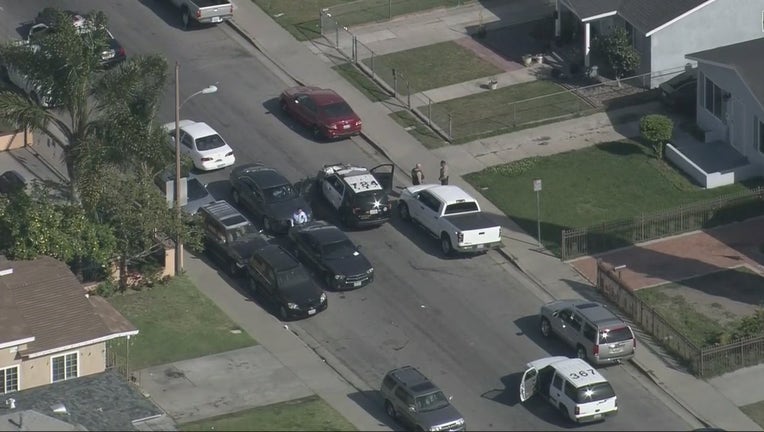 HUNTINGTON PARK, Calif. - A 32-year-old man was in custody on Tuesday on suspicion of murder. Investigators found the body of his mother inside a trash receptacle in the Walnut Park area, officials said.

On Sunday night, the Los Angeles County Sheriff's Department responded to a call of a stolen car. According to the sheriff's department, the actual owner of the stolen car told deputies a family member was also missing.

On the morning of April 5, deputies found the stolen car in the city of Rosemead, along with the missing woman's son. At about 6:30 a.m. in the 2500 block of Santa Ana Street in the Walnut Park area, deputies found the woman found dead inside a "trash receptacle."

Authorities later confirmed the body was that of 66-year-old Teresa Pasillas.

"They contacted the informant who stated their vehicle was missing along with a ... female family member. Preliminary information revealed foul play at the location and a stolen vehicle/missing person investigation was initiated," according to a sheriff's department statement.

The suspect's name was not immediately released by authorities.