Conditions in Ukraine continue to worsen as many flee the country as Russia invades. FOX 11's Hal Eisner spoke to one SoCal woman who has family in both Ukraine and Russia.

There are so many people in Southern California with loved ones in the conflict zone.

Some, like Anastasia Shostak, have family in both Russia and Ukraine.

And Shostak knows. She lives in Southern California, but spent years in Russia. She grew up there. Her family is there. 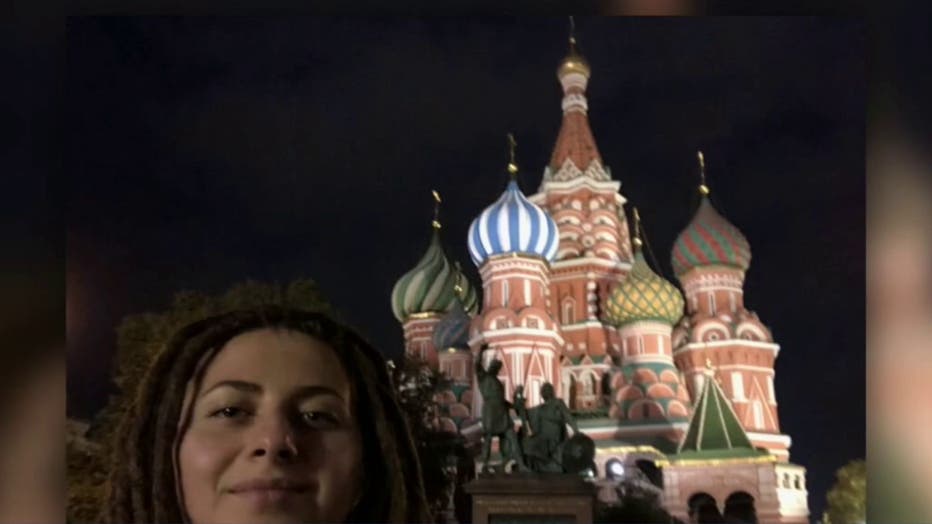 But when it comes to the Russian Government she says, "I don’t want to be associated with these aggressors... understand that normal Russian people don’t support this."

Shostak is so concerned she was with Ukrainian protestors outside the West LA Federal Building demonstrating against the war.

These days, her mind is on her family and the war.

She says, "First thing in the morning I wake up and check the news. I see what’s going on and then I start texting everybody," she said.

She worries about possible internet interruptions.

"I’m scared of losing connection with them. So that I won’t be able to reach out to my family and know what’s going on and help them get out of there if I need to," she said.

She says a run on banks in both countries has left ATMs dry. So there’s fear about money on both sides adding, "I can’t begin to comprehend what my family and friends in Ukraine have to go through. I never thought I’d be living through this nightmare."

Anastasia works for the Jewish Federation of Los Angeles.

"When she brought this to our attention we moved very quickly to provide the resources that she needed," he said.

The Rabbi says they are doing what they can to help people like Anastasia with family members in the war zone. He says they have started accepting donations on their website to go directly to the families in need.

"The bottomline," he adds. "Is that the need in Ukraine is dire and is deep."

Meanwhile, Anastasia’s cousin in Ukraine sent a text for us to hear. These are a few of the words as translated by Anastasia.

"We want their tanks to get out of here and we want peace. I just want people to understand that the Russian propaganda that we are the aggressors here… this is a lie," she reads. 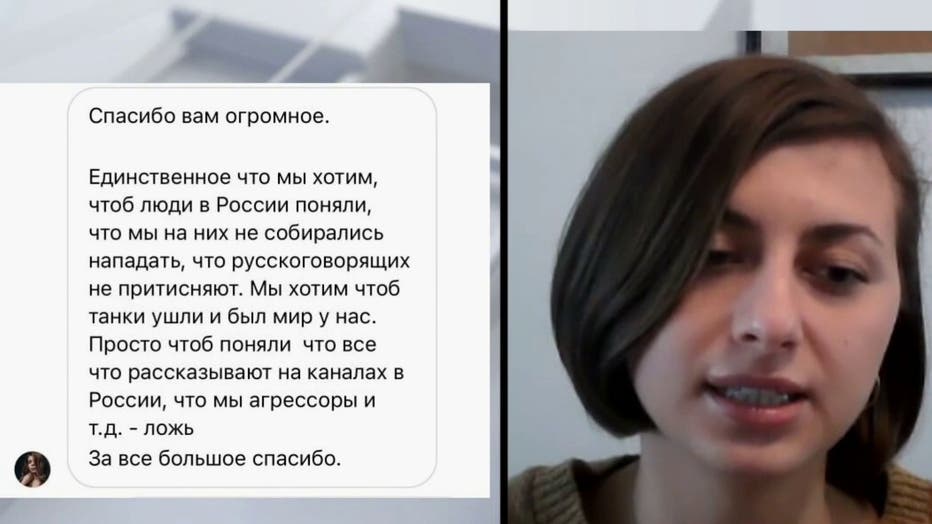 For Shostak and others in Southern California worried about the fighting these are trying days.