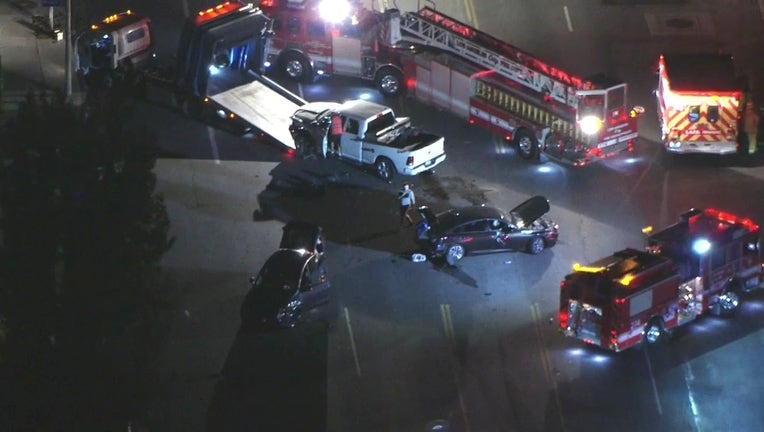 LOS ANGELES COUNTY, Calif. - Up to seven people were being looked at for possible injuries after they were all involved in a 3-car wreck in the Sunland area.

The Los Angeles Fire Department responded to a call of a crash in the 10500 block of Sunland Boulevard around 7:45 p.m. Wednesday. LAFD said not all seven people who were looked at by paramedics needed to be taken to the hospital.

Officials did not specify the severity of their injuries.