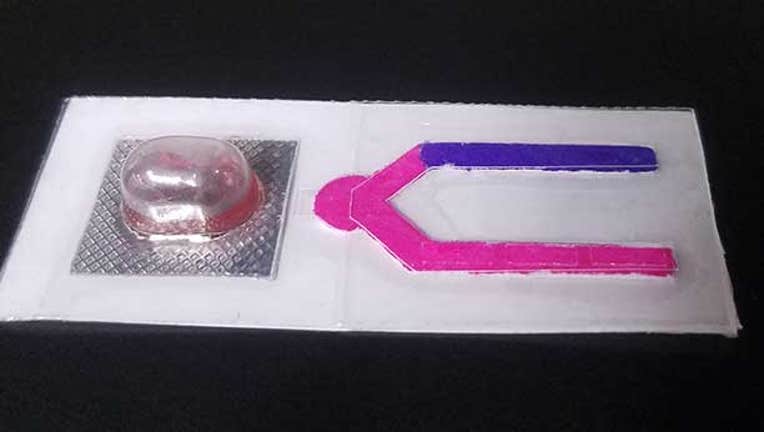 SAN DIEGO - Researchers at the University of California San Diego are creating a test that could quickly detect COVID-19 using droplets from a person’s face mask.

The strip attaches to a face mask as a sticker and then collects droplets from the person’s breath, changing color depending on results. Researchers said it’s very similar to a home pregnancy test.

"Think of this as a surveillance approach, similar to having a smoke detector in your house," Professor and Lead Principal Investigator Jesse Jokerst said. "This would just sit in the background every day and if it gets triggered, then you know there’s a problem and that’s when you would look into it with more sophisticated testing,"

The idea is that as the person breathes through the mask, particles will accumulate on the test strip. At the end of the day or during a face mask change, the person can run the test using a substance that makes the strip change colors.

The strips are designed to detect "protein-cleaving molecules, called proteases, that are produced from infection with the SARS-CoV-2 virus."

"In many ways, masks are the perfect ‘wearable’ sensor for our current world," Jokerst said. "We’re taking what many people are already wearing and repurposing them, so we can quickly and easily identify new infections and protect vulnerable communities."

According to a news release, The National Institutes of Health provided $1.3 million to help fund the research project. The goal is to develop a test that will provide "simple, affordable and reliable surveillance for COVID-19 infections that can be done daily and easily implemented in resource-poor settings." 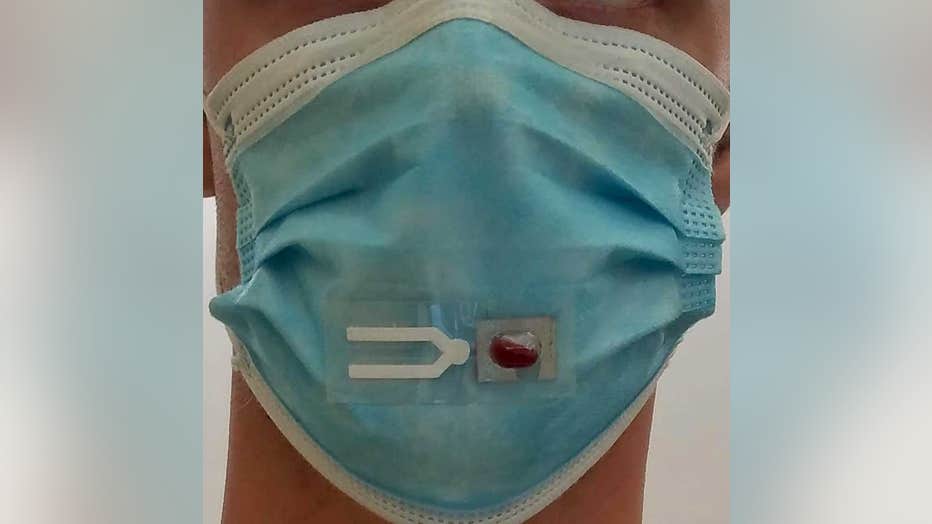 Jokerst said he is working with researchers at UC San Diego School of Medicine to test the strips first on COVID-19-positive saliva samples, then on patients and healthcare workers at Veterans Affairs San Diego Healthcare System.

On Sunday, the United States has surpassed 25 million confirmed cases of COVID-19 since the pandemic began.

The new milestone, reported by Johns Hopkins University, is a grim reminder of the coronavirus’ wide reach in the U.S., which has seen far more confirmed cases and deaths than any other country in the world.

The number of new cases in the U.S. has shown signs of slowing recently, with an average of 176,000 reported daily in the past week, down from 244,000 in early January. The country’s first case of the infection was diagnosed almost exactly a year ago.