A woman in Santa Ana has been charged with attacking a 12-year-old boy who was riding his bike on the sidewalk. The entire interaction was caught on camera.

SANTA ANA, Calif. - A viral video shows a tense exchange between a boy riding a bike and a woman, dubbed on social media as the "Neighborhood Karen," in Santa Ana.

Whitney Gregory told FOX 11 that she told her son, Jeffrey, to ride on the sidewalk because he was almost hit by a car in the past and she believes that it’s safer.

Jeffrey said he was doing what 12-year-olds do best – being a kid. When, all of a sudden, he was attacked by an elderly woman.

"It really just made my blood boil is the best way to put it," Whitney Gregory told FOX 11.

The body camera worn by the boy riding the bike shows the moments where the woman tells the boy to "Get the hell off the sidewalk, now." 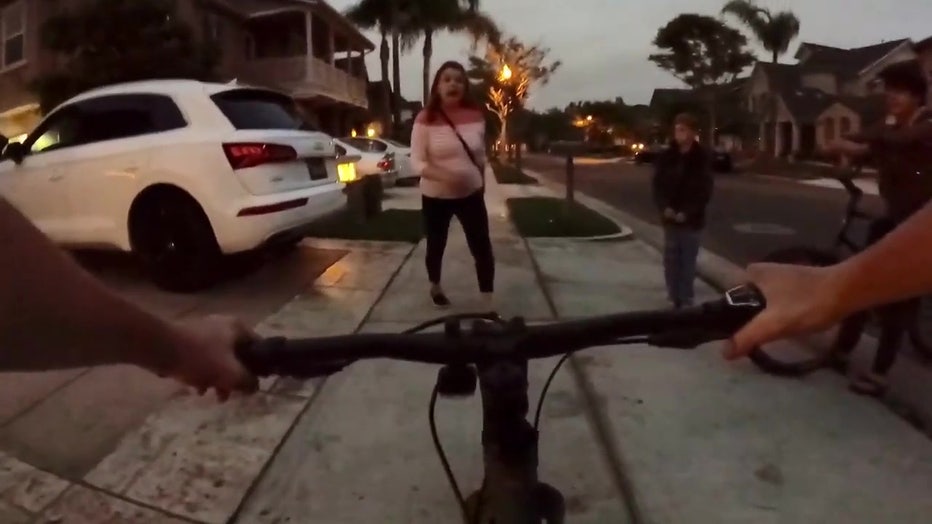 "Excuse me," the boy tells the woman in the video.

"Get off the sidewalk," the woman responds, before appearing to push the boy.

"Please don't touch me," the boy asks the woman. 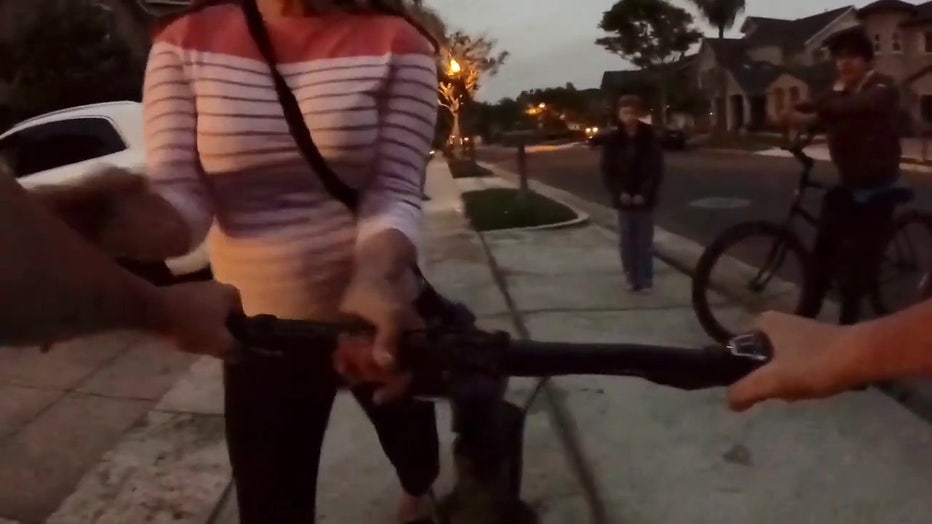 You can hear what sounds like a smack, followed by the boy asking the woman, "Why'd you just hit me?"

The woman responded, "Want me to hit you again?"

The Santa Ana Police Department confirmed they are investigating the incident, which happened on Sunday. The woman in the video was identified as Susan Garcia, a self-proclaimed HOA board member who is reportedly known by several residents in the area. According to Santa Ana Police, Garcia was charged with assault.

Garcia wouldn’t talk to FOX 11 about the incident on our camera, but over the phone, she told reporter Hailey Winslow that she’s almost 80 and felt threatened and scared.

Jeffrey’s mom said this isn’t their first encounter with Garcia and that she needs help before she strikes again.

"It’s pretty scary to be a kid and have an adult come up to you and do that kind of thing," she said.