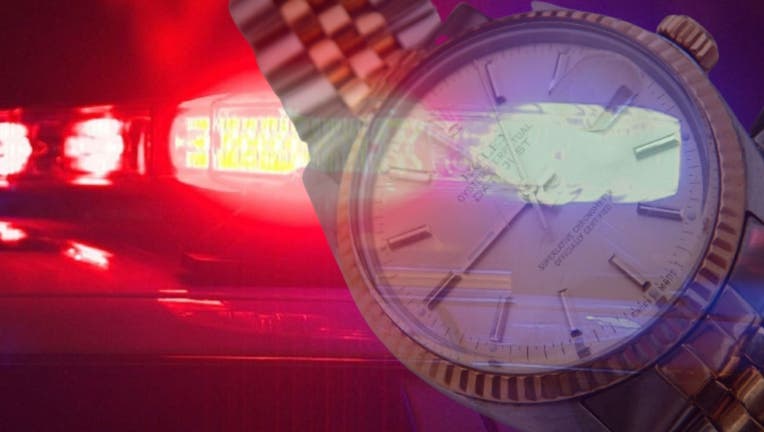 LOS ANGELES - Two people are in custody after police say they may have been involved in a recent string of robberies involving high-end jewelry.

According to the Los Angeles Police Department's Wilshire station, those suspects were "connected to at least three of the notorious Rolex robberies." 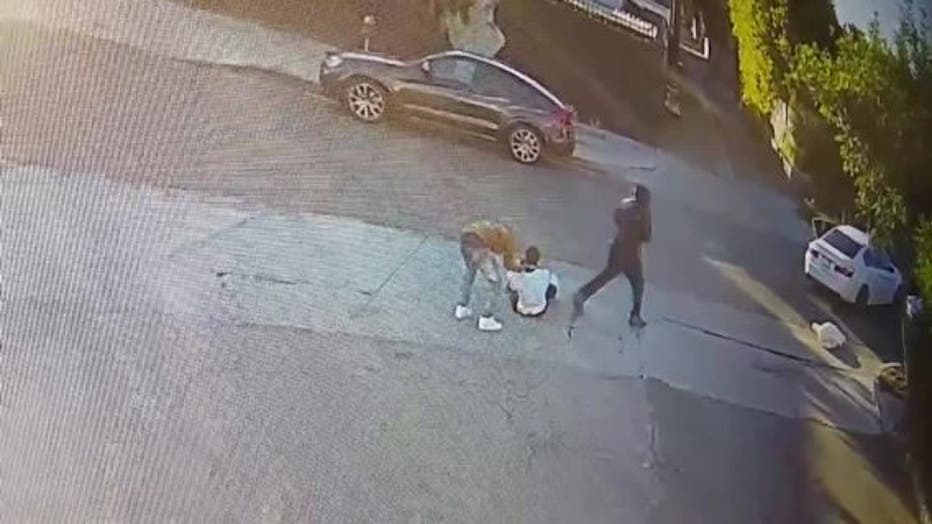 The specific development was in connection with a man who had his watch, valued at $50,000, stolen during an attack in the Fairfax District in late January. The violent incident was captured on video.

A scuffle broke out, ending with a woman being shot in the leg. The suspects ran off with a $500,000 Richard Mille watch belonging to one of the diners (not the woman).

LAPD did not specify if any of the three suspects from the violent Mar. 4 robbery in Beverly Hills were among the two people in custody.

On March 3, the Los Angeles County Sheriff's Deputy responded to a different robbery in West Hollywood. LASD responded to a call near the intersection of Norton Avenue and North Hayworth Avenue at about 4:30 p.m. that day.

Three male suspects stole a watch and a Louis Vuitton satchel from the victim, LASD said.

On March 2, LAPD responded to a call of a robbery in the 8200 block of 3rd Street in Beverly Grove a little before 7:30 p.m. Three suspects targeted two women and stole their jewelry.

LAPD relayed the following description of the three suspects in the Beverly Grove robbery:

On January 30, two suspects were caught on surveillance video attacking and robbing a victim near Melrose Avenue in broad daylight. The suspects ran from the scene with the victim's Rolex watch.

Below is a map previously published by FOX 11 showing the four recent robberies involving jewelry (worth noting once again that we're not entirely sure if the two suspects were involved in any of the four aforementioned robberies): 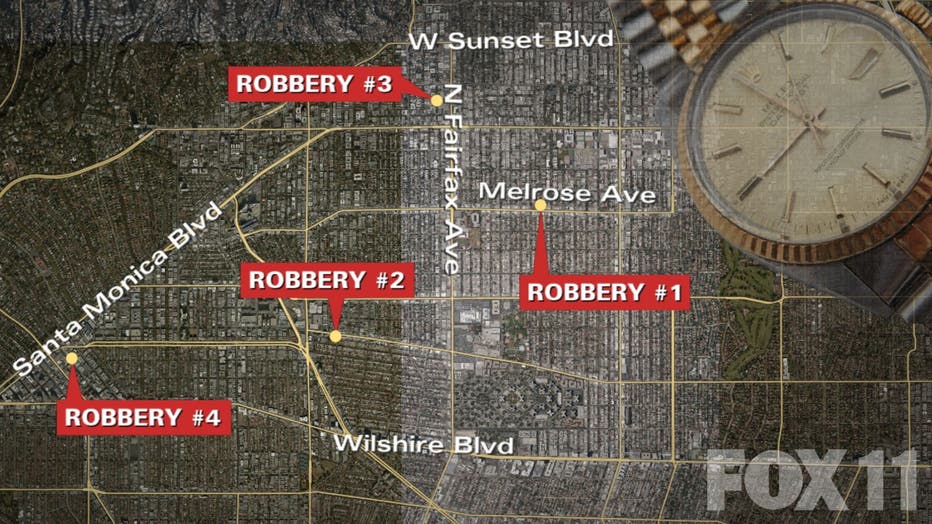 Officials did not give a number of suspects still on the loose in connection to the four robberies. LAPD did not release the identities of the two suspects in custody.