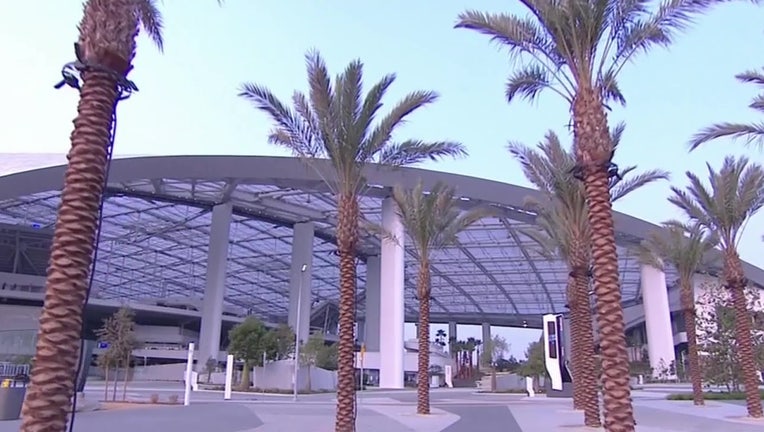 INGLEWOOD, calif. - The Los Angeles Rams and Los Angeles Chargers will face each other Saturday night to open preseason play in the first NFL game at SoFi Stadium with fans present.

"We'll get a chance to see a lot of our depth guys, because there's going to be probably about 35 players that are not playing in this game for us,'' said Rams coach Sean McVay, who later explained that "a lot of those guys would be playing, but they're actually injured and we're forced to hold them out as precautionary reasons.''

Bryce Perkins and Devlin Hodges will play quarterback for the Rams, McVay said. Perkins signed with the Rams as an undrafted free agent in 2020 after playing the final two seasons of his college career at Virginia. He spent most of the 2020 season on the practice squad. He was on the active roster for the final regular season game and divisional playoff game against Green Bay but did not play.

Perkins is a nephew of Don Perkins, a six-time Pro Bowl selection at fullback when he played for the Dallas Cowboys from 1961-68. Hodges started six games for the Pittsburgh Steelers in 2019 when Ben Roethlisberger and Mason Rudolph were injured. In his first NFL start, he completed 15 of 20 passes for 132 yards and one touchdown in a 24-17 victory over the Chargers.

Hodges spent the 2020 season on the Steelers' practice squad and signed with the Rams in January. When asked what he is looking for from Perkins and Hodges in the
preseason opener, McVay responded, "I think just good operation, being good distributors of the football, getting us in and out as some of the right looks and really just enjoying themselves.''

Staley said quarterback Justin Herbert and receiver Keenan Allen will not play in the team's three preseason games and safety Derwin James Jr. will not play on Saturday. Chase Daniel will start at quarterback for the Chargers followed by Easton Stick, said Staley, who expects them each to play one half Saturday.

"What we want to be able to do in these three preseason games is really give those guys a chance to compete equally with the right offensive line in front of them,'' Staley said.

Daniel is beginning his 12th season in the NFL and first with the Chargers. He has played 69 NFL games, including four last season with the Detroit Lions.

The Chargers selected Stick in the fifth round of the 2019 NFL draft out of North Dakota State. His NFL regular-season experience consists of two plays in an Oct. 25, 2020 game against the Jacksonville Jaguars, including a 4-yard pass completion.

The game marks Staley's unofficial debut as the Chargers' coach. He was hired in January after being the Rams' defensive coordinator in 2020 when the team ranked first in total defense, passing defense and scoring defense.

"Without all of those people, I wouldn't be here,'' Staley said. "It's going to be a really cool thing to re-connect with them and see what they've been working on. I'm excited to see them, but, really, more than anything, I'm excited for our players to get their first chance to compete.''

Staley replaced Anthony Lynn, who was fired after missing the playoffs three times in his four seasons as coach, including 2020 when the Chargers were 7-9.

The Rams and Chargers both played at SoFi Stadium in 2020, but fans were not permitted in an attempt to reduce the spread of the coronavirus. This is the third meeting between the teams since the Chargers returned to Los Angeles in 2017. The Chargers were 21-19 winners in a 2017 preseason game and lost, 35-23, in a 2018 regular-season game.